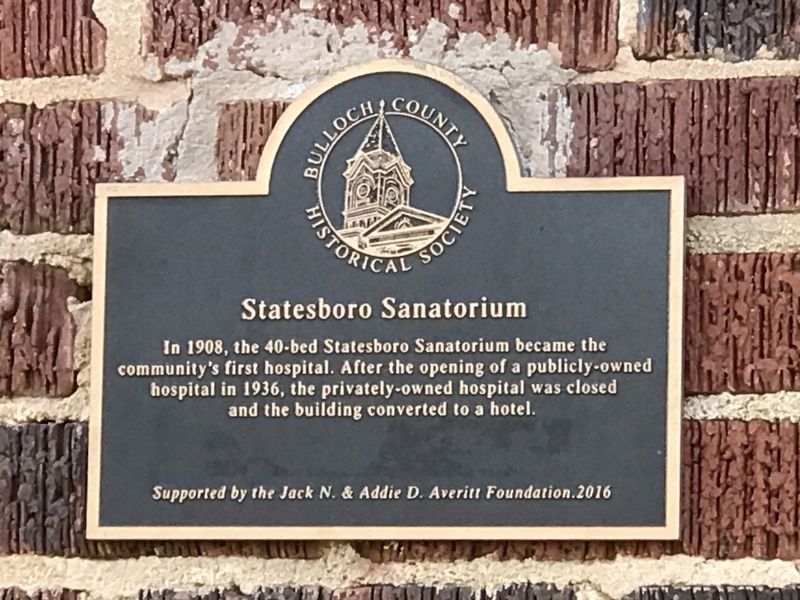 In 1908, the 40-bed Statesboro Sanatorium became the community's first hospital. After the opening of a publicly-owned hospital in 1936, the privately-owned hospital was closed and the building converted to a hotel.

Topics. This historical marker is listed in these topic lists: Industry & Commerce • Science & Medicine. A significant historical year for this entry is 1908.

Location. 32° 27.036′ N, 81° 46.945′ W. Marker is in Statesboro, Georgia, in Bulloch County. Marker is at the intersection of Hill Street and Siebald Street, on the right when traveling west on Hill Street. Touch for map. Marker is at or near this postal address: 9 Hill St, Statesboro GA 30458, United States of America. Touch for directions. 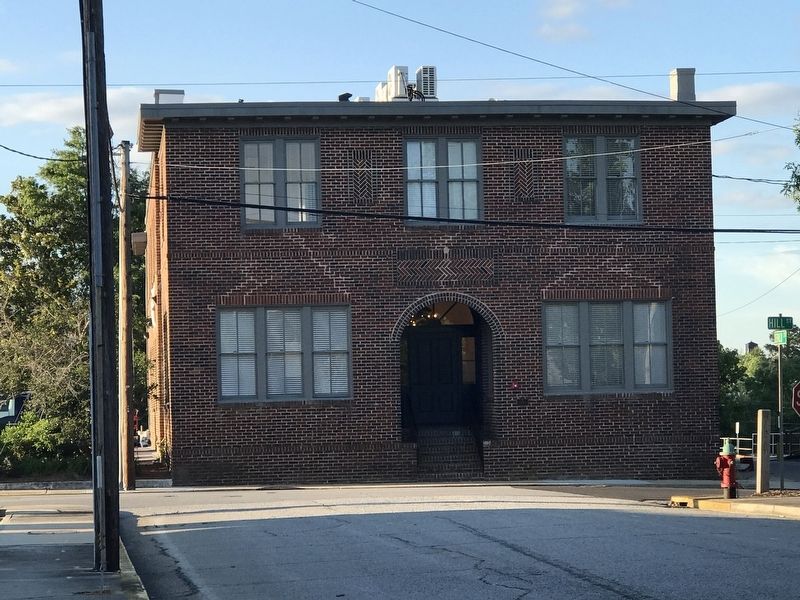 Photographed By Duane and Tracy Marsteller, May 7, 2022
2. Statesboro Sanatorium Marker