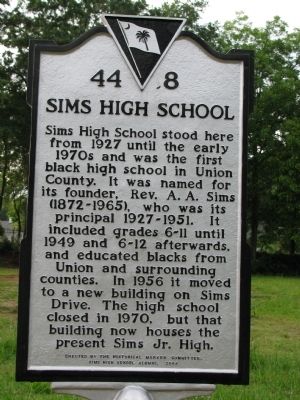 Photographed By Wes Cox, November 6, 2009
1. SIMS HIGH SCHOOL Marker
Inscription.
Sims High School stood here from 1927 until the early 1970's and was the first black high school in Union County. It was named for its founder, Rev. A. A. Sims (1872-1965), who was its first principal 1927-1951. It included grades 6-11 until 1949 and grades 6-12 afterwards, and educated blacks from Union and surrounding counties. In 1956 it moved to a new building on Sims Drive. The high school closed in 1970, but that building now houses the present Sims Jr. High. . This historical marker was erected in 2004 by The Historical Marker Committee, Sims High School Alumni, 2004. It is in Union in Union County South Carolina

Topics. This historical marker is listed in these topic lists: African Americans • Education. A significant historical year for this entry is 1927.

Other nearby markers. At least 8 other markers are within walking distance of this marker. Episcopal Church Of The Nativity (approx. 0.2 miles away); Jefferson Davis Dined in This House (approx. 0.6 miles away); Union County Veterans Memorial 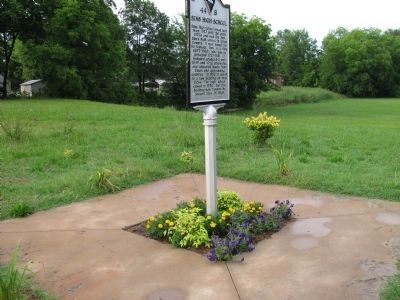 More about this marker. The dedication took place in September 2006. It is listed on page 48 of the 2006 edition of African American Historic Places in South Carolina. 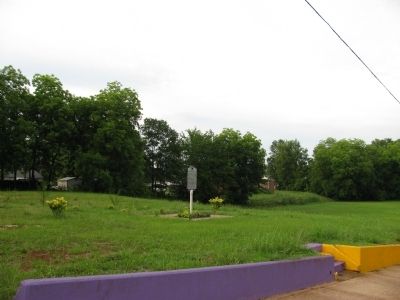