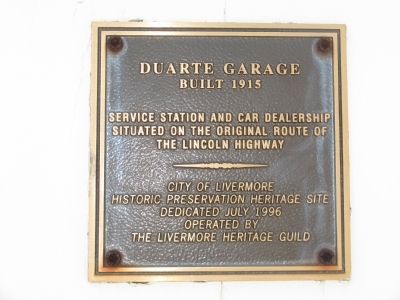 Topics and series. This historical marker is listed in these topic lists: Industry & Commerce • Roads & Vehicles. In addition, it is included in the Lincoln Highway series list. A significant historical date for this entry is July 13, 1996.

Location. 37° 41.443′ N, 121° 46.533′ W. Marker is in Livermore, California, in Alameda County. Marker can be reached from Pine Street near L Street. Marker is located on the back side of the building next to the entrance door. The building is located on a triangle lot surrounded by Pine Street, L Street, and Portola Road. Touch for map. Marker is in this post office area: Livermore CA 94550, United States of America. Touch for directions. 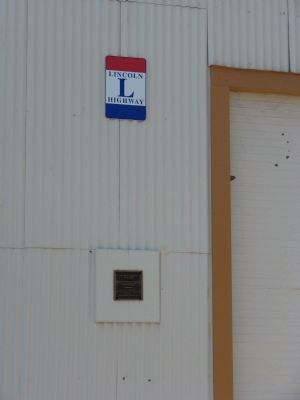 Additional commentary.
1. Information Posted in Window - See Photo #5
The Duarte Garage was built in 1915 by F. H. Duarte on the old Lincoln Highway, the first transcontinental U.S. Highway. The highway was later re-routed and this section eventually renamed Portola Avenue

The garage sold gas and associated oil products and also performed repairs. In 1923 the south half of the garage was added. This half became a automobile dealership, selling Durant, Flint and Star models. Robert Livermore Jr. was one of the salesmen in the early 1920’s. 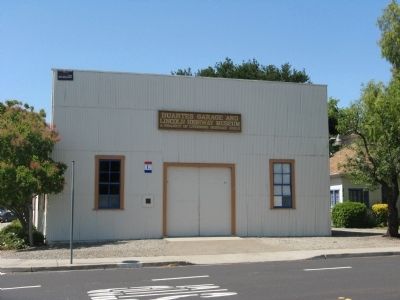 Photographed By Syd Whittle, June 14, 2009
3. Back of Building Displaying Markers - Facing Pine Street
the garage was converted into a machine shop for rebuilding machinery, particularly farming and winery equipment. In the 1970’s the City of Livermore purchased the Duarte Garage and surrounding land for use as a park. The Livermore Heritage Guild signed a lease in 1976 to restore and maintain the garage for use as a museum

The Duarte Garage and Lincoln Highway Museum is open the 3rd Sunday of each month. The Annual Heritage Guild Dinner and Auction is held the Saturday of Memorial Day weekend and is a particular favorite for people from all around. There are numerous car events during the year featuring antique autos to classic cars.

Be sure to enjoy the north end of the garage and the authentic Coca-Cola sign on the northeast corner.

For more information please call the Livermore Heritage Guild History Center (925) 449-9927, or check the web site at www.LHG.org. The History Center is located at 3rd and K Streets in downtown Livermore and is open Wednesday through Sunday.
— Submitted August 4, 2010. 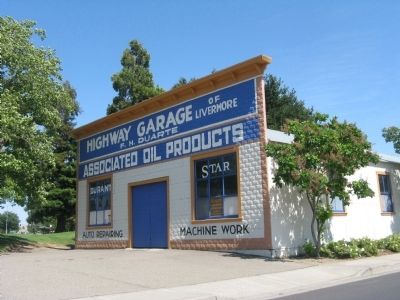 Photographed By Syd Whittle, June 14, 2009
4. Front of Building at the Intersection of L Street and Portola Road. 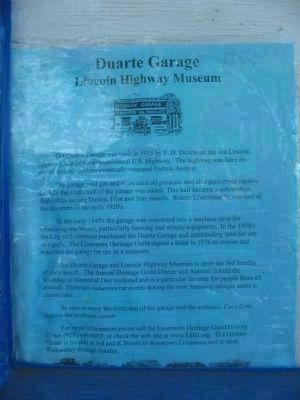