Topics and series. This historical marker is listed in this topic list: Communications. In addition, it is included in the Pony Express National Historic Trail, and the Utah Pioneer Trails and Landmarks Association series lists. 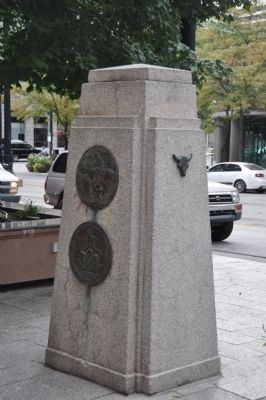 Click or scan to see
this page online
shouting distance of this marker); Commemorating the 100th Anniversary of the Salt Lake Tribune (within shouting distance of this marker); Commercial Street (about 400 feet away, measured in a direct line); Capitol Theatre (about 500 feet away); The Old Clock (about 500 feet away). Touch for a list and map of all markers in Salt Lake City.

More about this marker. The marker is located in front of the historic First National Bank Building (1870s). The marker was originally placed in front of the now-raized Salt Lake Tribune building at 145 S Main Street. It was moved further south along Main Street during a road beatification project during the 1970s, and no longer sits at the site of the Salt Lake House. The monument also contains a newer plaque marking the Centennial of the Pony Express. 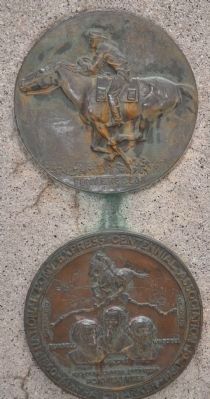 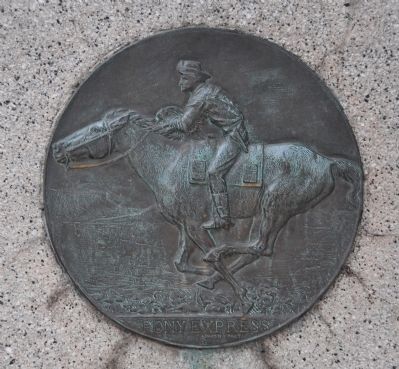 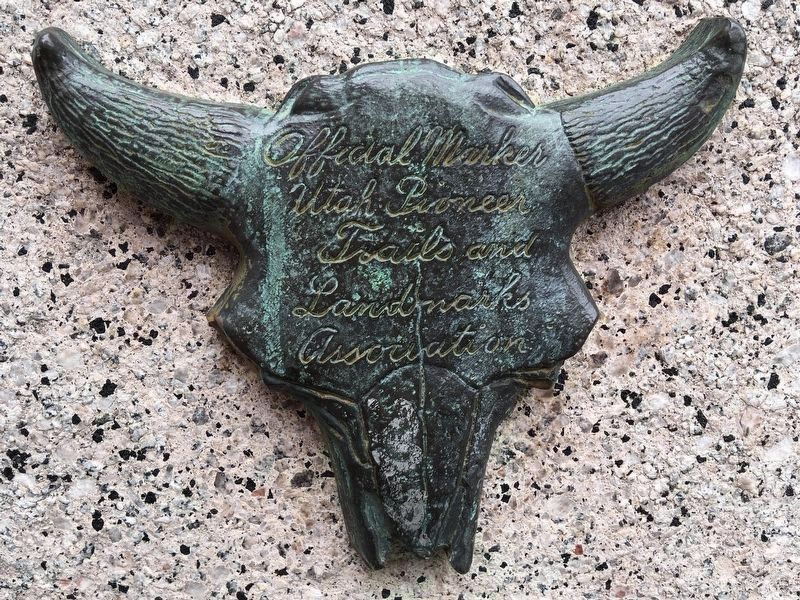