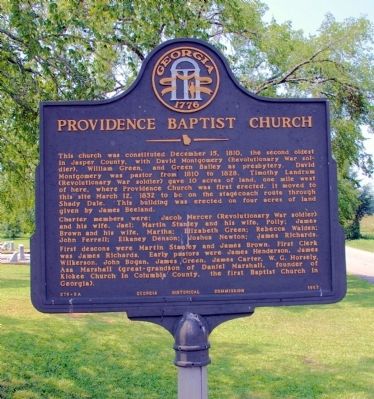 This church was constituted December 15, 1810, the second oldest in Jasper County, with David Montgomery (Revolutionary War soldier), William Green, and Green Bailey as presbytery. David Montgomery was pastor from 1810 to 1828. Timothy Landrum (Revolutionary War soldier) gave 10 acres of land, one mile west of here, where Providence Church was first erected. It moved to this site March 12, 1832 to be on the stagecoach route through Shady Dale. This building was erected on four acres of land given by James Beeland. 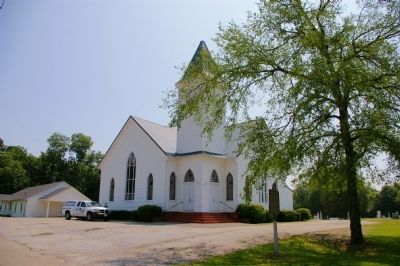 Topics and series. This historical marker is listed in these topic lists: Churches & Religion • Settlements & Settlers. In addition, it is included in the Georgia Historical Society series list. A significant historical month for this entry is March 1714. 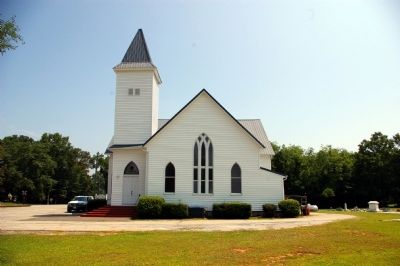 By David Seibert, June 17, 2009
3. Providence Baptist Church
David Montgomery family in 1808 for the Camerons (parents of David Montgomery's wife's family who later moved to Troup Co., Ga. and are buried there), who built it in 1806, then the Loyd family took possession of it later by inheritance. David and Elizabeth Montgomery are buried on this site. Note To Editor only visible by Contributor and editor
— Submitted September 27, 2010, by James M. Hurst of Watkinsville, Ga.. 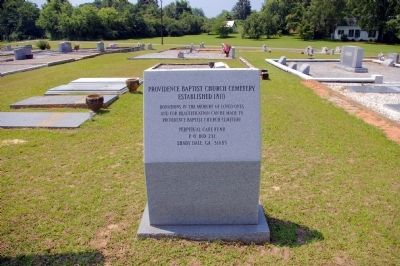