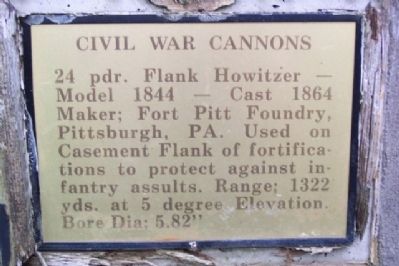 Topics. This historical marker is listed in these topic lists: Forts and Castles • Military • War, US Civil. A significant historical year for this entry is 1844. 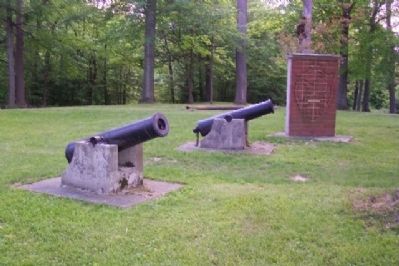 Photographed By William Fischer, Jr., June 6, 2009
2. Civil War Cannons
Marker is on other side of near cannon base.

Click or scan to see
this page online
(within shouting distance of this marker); a different marker also named Mansfield's War Of 1812 Blockhouse (within shouting distance of this marker); 120th Ohio Volunteer Infantry Memorial (about 700 feet away, measured in a direct line). Touch for a list and map of all markers in Mansfield.

Additional commentary.
1. 24 Pdr Flank Howitzers
These howitzers were typically mounted in fortifications to cover the close approaches to the fort walls. Only rarely were the flank howitzers employed in the field. A typical Model 1844 weighed 1,470 pounds. Examples of this type were produced from 1844 to 1864, by seven different foundries. Two of those at the park were cast by Cyrus Alger (Boston, Massachusetts) in 1847, with registry numbers 123 and 138. The other two were produced by Seyfert, McManus & Co. (Reading Pennsylvania) in 1864, and has the registry numbers 60 and 76.
— Submitted July 12, 2009, by Craig Swain of Leesburg, Virginia. 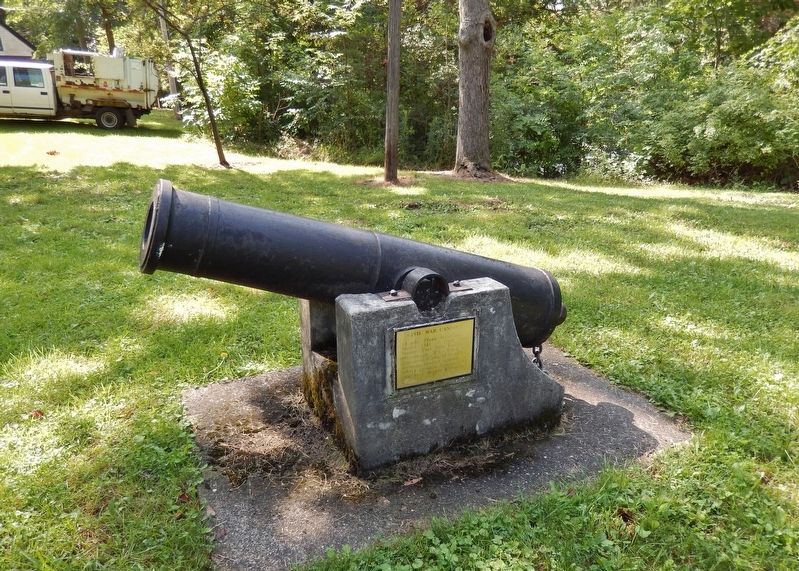