In Memory of
Marilyn Anne McKinney
President of the Rhodi Bowie
Family Historical Society
from 1989 until her death June 17, 1995. She was an outstanding leader earning our love and support.

Location. 34° 16.583′ N, 82° 20.95′ W. Marker is in Abbeville, South Carolina, in Abbeville County. Marker can be reached from Gilgal Church Road. Marker is located to the right of the entrance to the Gilgal United Methodist Church Cemetery. Touch for map. Marker is in this post office area: Abbeville SC 29620, United States of America. Touch for directions. 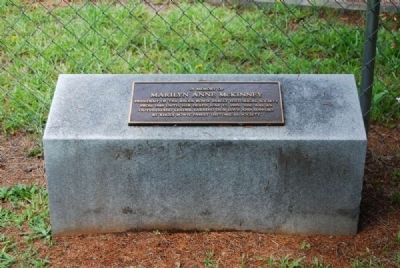 Additional comments.
1. About Gilgal United Methodist Church
The church was thought to have been established on property once owned by Eli Bowie. In fact, the church is so connected with the Bowie family that it is considered their mother church. Most of the graves in the adjacent cemetery are Bowie related.

1. The Heritage of Abbeville County. According to this source, "in 1821 a society was formed for the purpose of religious worship near the waters of Jobs Creek by the Reverend Keisy and the following families, namely, Auntly, Bowie, Carter, Close, Johnson, Lawson, and Plucket. Later the following families were added: Buckhannons, Kirkpatricks, Richardson and others. Worship was first held in the homes of individual families. A brush arbor was soon constructed on the same plot where the church now stands. From that time, a preacher has been supplied and regular services have been held until this day. In 1839 a small plot of land was conveyed to the 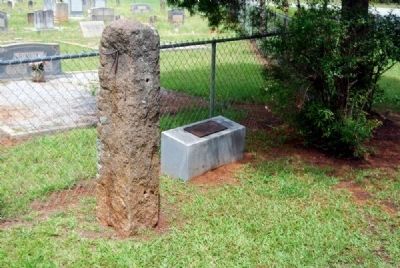 By Brian Scott, June 6, 2009
3. Marilyn Anne McKinney Marker
church by Joseph Eakin and George Nickles and a log building was constructed and the building was named Gilgal. Apparently, the land did not belong to the group in the beginning. Tradition claims that neighbors complained to Mr. Eakin and Nickles about giving land to this new type of religious worship. The reply was, 'If they are not of God they will not last.' Eli Bowie lived very near to the site of the church and took a very active part in the worship. This has had a long lasting effect on the Bowie family. A large percentage of the present-day members are of Bowie ancestry. Gilgal is considered by many Bowies as the mother church."

2. WPA survey of Abbeville rural churches completed in 1939 by Ben Carlton. According to Carlton, the "church was organized in 1820 by the Rev. Kelsey, a circuit rider, and it was a Methodist society, which consisted of 9 families. The first building was of logs and lasted until 1840 when it was replaced by a rectangular frame one which had a bell and was smaller than the current church. The latter was built in 1884 and was set on a lot of 2 1/2 acres, which included a cemetery. It was 30' by 47', surrounded by large oaks on the side, but no bell. In 1939, its pastor was the Rev. Jessie H. Manly, Abbeville, RFD #3, who had been there since 1935, and it had a membership of about 85."
— 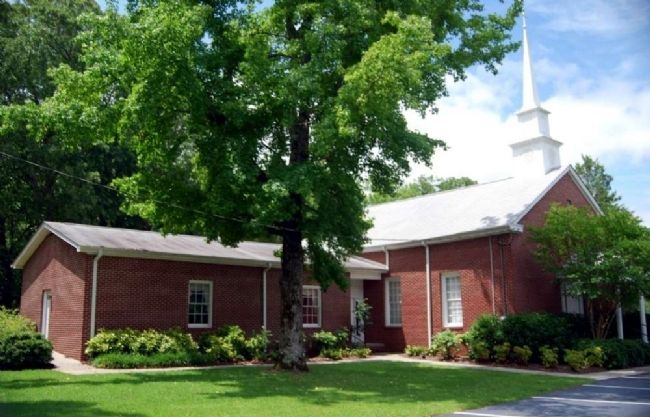 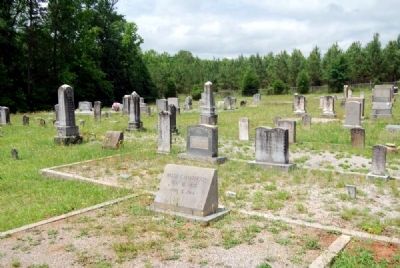 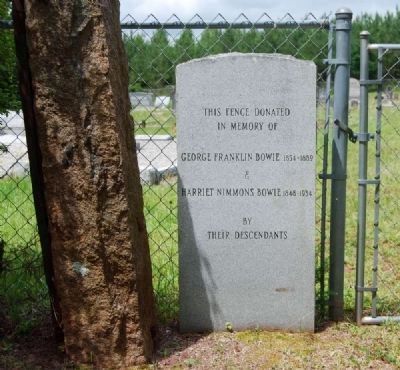 By Brian Scott, June 6, 2009
6. George Franklin and Harriet Nimmons
Bowie Monument
This fence donated
in the memory of
George Franklin Bowie (1854-1889)
&
Harriet Nimmons Bowie (1848-1934)
by
their descendants.
The Bowies eventually moved to Pickens County, where they settled and had four children.
More. Search the internet for Marilyn Anne McKinney.