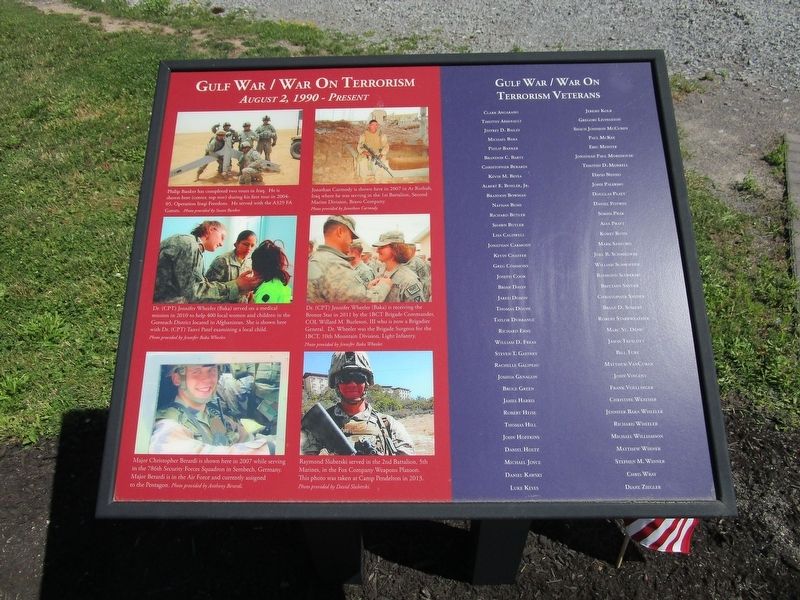 Philip Banker has completed two tours in Iraq. He is shown here (center, top row) during his first tour in 2004-05. Operation Iraqi Freedom. He served with the A329 FA Gators.

Jonathan Carmody is shown here in 2007 in Ar Rutbah, Iraq where he was serving in the 1st Battalion, Second Marine Division, Bravo Company.

Dr. (CPT) Jennifer Wheeler (Baka) served in a medical mission in 2010 to help 400 local women and children in the Gormach District located in Afghanistan. She is shown here with Dr. (CPT) Tanvi Patel examining a local child.
Dr. (CPT) Jennifer Wheeler (Baka) is receiving the Bronze Star in 2011 by the 1BCT Brigade Commander, COL Willard M. Burleson, III who is not a Brigadier General. Dr. Wheeler was the Brigade Surgeon for the 1BCT, 10th Mountain Division, Light Infantry.

Major Christopher Berardi is shown here in 2007 while serving in the 786th Security Forces Squadon in Sembech, Germany. Major Berardi is no the Air Force and currently assigned to the Pentagon.

Raymond Sluberski served in the 2nd Battalion, 5th Marines, in the Fox Company Weapons Platoon. This photo was taken 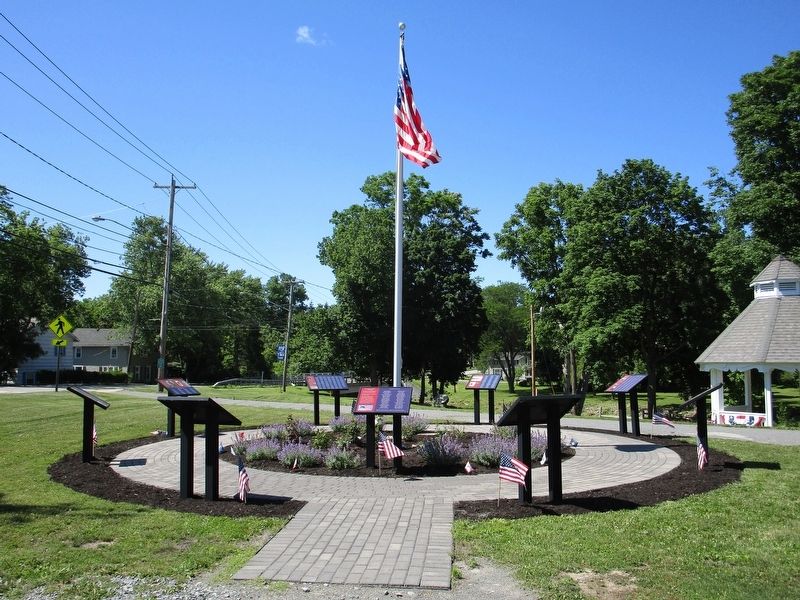 Photographed By Anton Schwarzmueller, June 18, 2022
2. Gulf War/War on Terrorism Memorial
It is the first marker to the right of the entrance walkway, on the perimeter of the circle.

Click or scan to see
this page online
at Camp Pendelton in 2013.