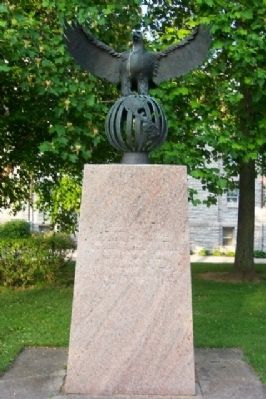 Dedicated to the men and women of Richland County who served our country in time of war, and in memory of those who lost their lives.

Presented to the Citizens of Richland County as a Bicentennial Event

Location. 40° 45.495′ N, 82° 30.818′ W. Marker is in Mansfield, Ohio, in Richland County. Memorial is at the intersection of Park Avenue East (Ohio Route 430) and Diamond Street (Ohio Route 13), on the right when traveling east on Park Avenue East. Memorials are on the grounds of the county courthouse. Identical Lest We Forget America's Wars markers are found on four Civil War-era cannons. Touch for map. Marker is in this post office area: Mansfield OH 44902, United States of America. Touch for directions.

Other nearby markers. At least 8 other markers are within walking distance of this marker. Congressional Medal of Honor Recipients (a few steps from this marker); Richland County Vietnam Veteran's Memorial 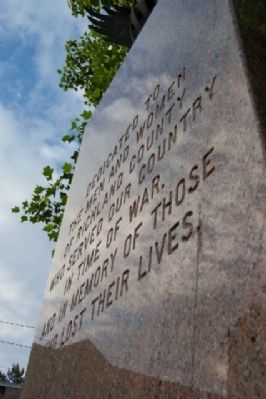 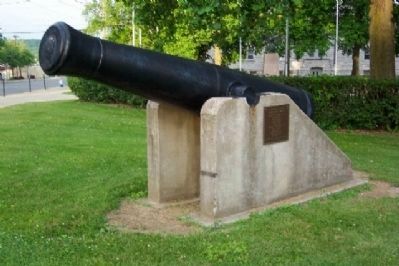 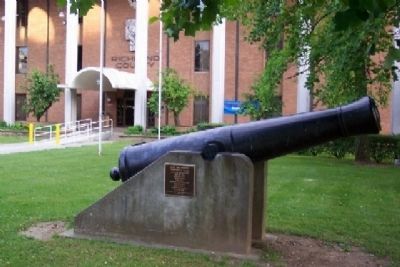 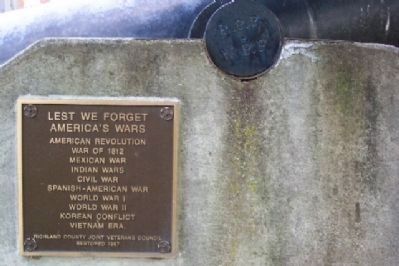 By William Fischer, Jr., 40.758245,
5. Plaque on Side of Cannon Mounting
The cannon's trunnions indicate it was cast by West Point Foundry, New York. 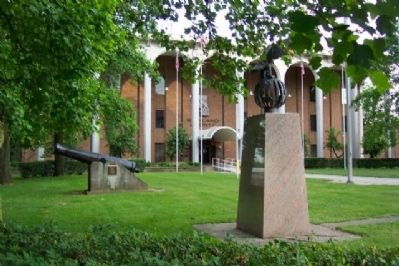 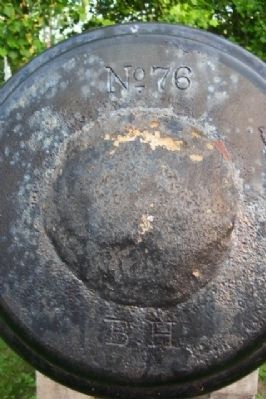 By William Fischer, Jr., June 6, 2009
7. Cannon Muzzle Markings
This gun bears the registry number 76, matching to one cast by Tredegar Foundry, Richmond, Virginia, in 1859. Among the last produced by that factory for the Federal government before the Civil War, it was inspected by Benjamin Huger (B.H.) who later served the Confederacy. 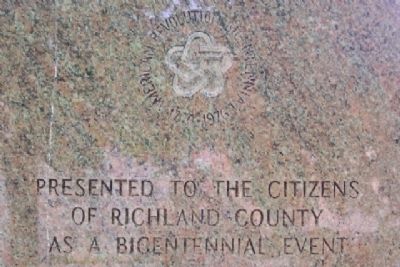