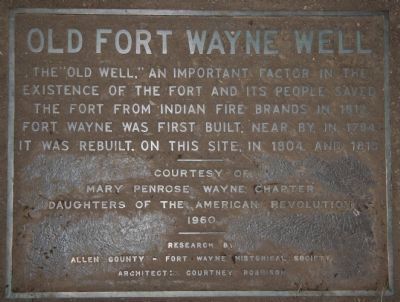 By Dale K. Benington, July 20, 2009
1. Old Fort Wayne Well Marker
View of historical marker, which is situated horizontal, at ground level, after I have brushed away some of the dirt that obscured it from view.
Inscription.
Old Fort Wayne Well. . , The "Old Well," an important factor in the existence of the fort and its people, saved the fort from Indian fire brands in 1812. Fort Wayne was first built, near by, in 1794. It was rebuilt, on this site, in 1804, and 1815. , , Research by Allen County - Fort Wayne Historical Society , Architect: Courtney Robinson. . This historical marker was erected in 1960 by Mary Penrose Wayne Chapter, Daughters of the American Revolution. It is in Fort Wayne in Allen County Indiana

Topics and series. This historical marker is listed in these topic lists: Forts and Castles • Settlements & Settlers • War of 1812 • Wars, US Indian. In addition, it is included in the Daughters of the American Revolution series list. A significant historical year for this entry is 1812.

Location. 41° 4.889′ N, 85° 8.032′ W. Marker is in Fort Wayne, Indiana, in Allen County. Marker is at the intersection of East Main Street and Clay Street, on the right when traveling west on East Main Street. This historical marker is located in downtown Fort Wayne, just south of the Three Rivers area (where the St. Mary's and St. 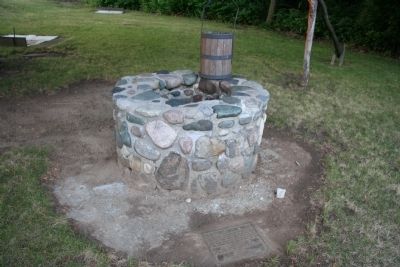 By Dale K. Benington, July 20, 2009
2. Old Fort Wayne Well Marker
Close up view of the reproduction of the "Old Well" with a view of the historical marker affixed to the ground level stones that make up the well's surrounding base platform.

Click or scan to see
this page online
Joseph's Rivers come together to form the Maumee River) and is situated just east of the downtown fire station building. Touch for map. Marker is in this post office area: Fort Wayne IN 46802, United States of America. Touch for directions.

More about this marker. This marker, situated on the site of the second and third military fortifications that were named Fort Wayne, is a block north of the historical marker for the first Fort Wayne. 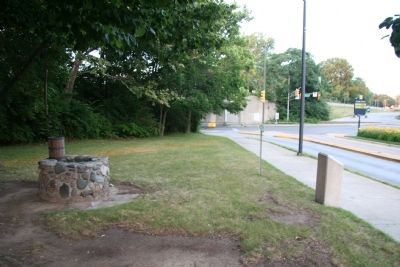