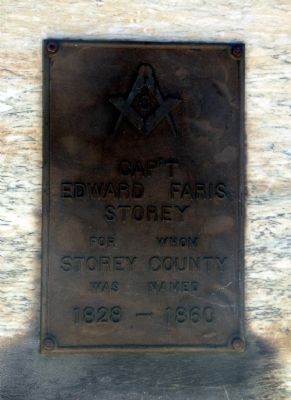 Erected 1930 by Free and Accepted Masons.

Topics. This historical marker is listed in these topic lists: Cemeteries & Burial Sites • Settlements & Settlers. A significant historical year for this entry is 1829.

Location. 39° 18.96′ N, 119° 38.49′ W. Marker is in Virginia City, Nevada, in Storey County. Marker can be reached from Cemetery Road. Gravesite and marker are located in the Masonic Cemetery at the Comstock Cemetery. Monument can be seen on top of the hill looking east from entrance gate. Touch for map. Marker is in this post office area: Virginia City NV 89440, United States of America. Touch for directions.

Other nearby markers. At least 8 other markers are within walking distance of this marker. John Pearson (about 300 feet away, measured in a direct line); The Jewish Cemetery - Virginia City 1862 (about 700 feet away); Mary Jane Simpson (approx. 0.2 miles away); Silver Terrace Cemeteries (approx. 0.3 miles away); Life in Virginia City on the Comstock Lode (approx. 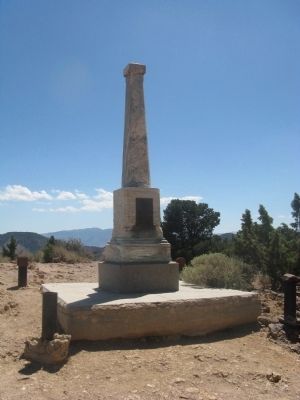 Regarding Captain Edward Faris Storey. Captain Storey was born in 1828 in Georgia. Prior to moving to California in 1852, he served time as a Texas Ranger and also served during the war with Mexico. After ranching in Tulare County in California he drove a herd of cattle to Virginia City in May 1860. At that time the Pyramid Lake War broke out with the neighboring Indians. He organized a militia company known as the “Virginia Rifles”. On June 2, 1860 this regiment took part in the second battle. Storey was killed in this battle. 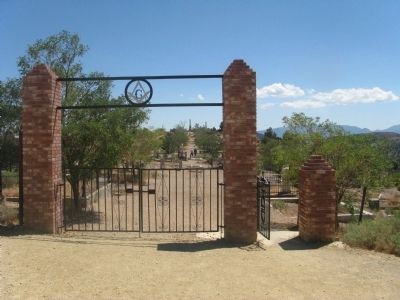