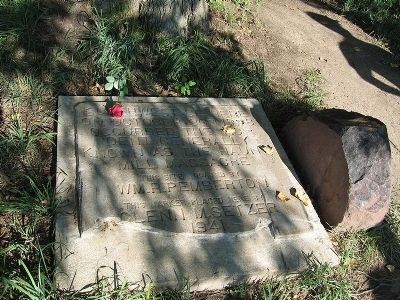 Topics. This historical marker is listed in these topic lists: Churches & Religion • Notable Events • Settlements & Settlers. A significant historical month for this entry is October 1952. 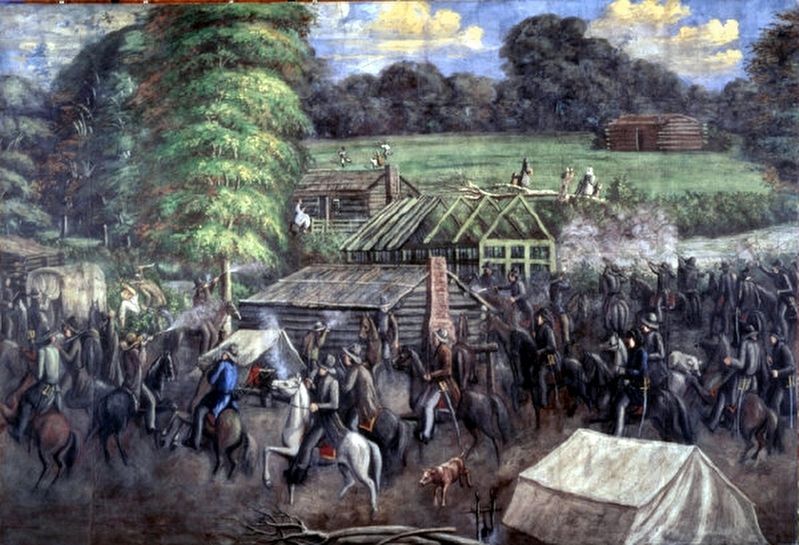 Click or scan to see
this page online
Cross the bridge over Shoal Creek and turn left onto Hauns Mill Drive. Follow Hauns Mill Drive west .25 miles, then south .3 miles to the site. Touch for map. Marker is in this post office area: Braymer MO 64624, United States of America. Touch for directions.

More about this marker. In 1887 a millstone was recovered from the well at the massacre site and was set in place to mark the spot, inscribed with the words "In memory of victims of Haun's Mill massacre, Oct. 30th, 1838." In 1941 Glenn M. Setzer cast the present concrete marker near the road entry and moved the millstone a short distance to this spot. The concrete marker is difficult to read due to weathering and parts of the stone are missing due to being vandalized 3 times. In 2003 the Community of Christ (formerly known as the Reorganized Church of Jesus Christ of Latter Day Saints) placed a new metal marker at the site explaining the historical facts in more detail.

Regarding Haun's Mill Massacre. The "Haun's Mill Massacre" occurred a few days following an order issued by Governor Boggs of Missouri, known as the "Extermination Order". In effect this order declared "open season" on all Mormons and called for their slaughter. This Missouri Executive Order 44 issued Oct. 27, 1838, stated that all Mormons should be treated as enemies and should be exterminated or else driven from the state. The order was issued in response to exaggerated and one-sided reports received from a few Missouri militia members. The order was not formally rescinded until 1976, by Gov. Christopher S. Bond. 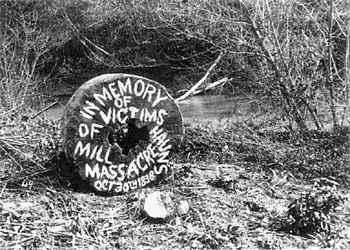 By J. J. Prats, 1907
3. Early memorial to the Haun's Mill massacre, painted on the millstone.
Click here for another marker that is related to this marker. This is the metal marker, now missing, placed here in 2003 explaining the historical facts in more detail.

As a Mormon living in Missouri in 1838, he was sent as an emissary to negotiate with an army that was either going to kill all Mormons or move them out of Missouri. The Mormons left, but, disagreeing with a secret and violent Mormon group called the Danites, John stayed in Missouri and testified against Joseph Smith.

Editor’s want-list for this marker. A better photo of the concrete monument • A wide shot showing the stone monument and its surroundings • Can you help?
Share This Page.