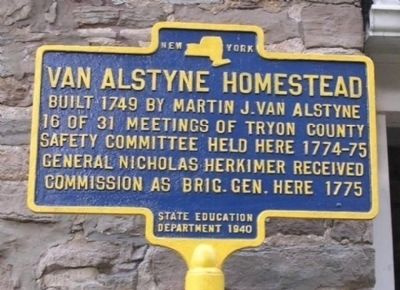 Topics. This historical marker is listed in these topic lists: Notable Buildings • Settlements & Settlers • War, US Revolutionary. A significant historical year for this entry is 1749.

Location. 42° 54.269′ N, 74° 34.27′ W. Marker is in Canajoharie, New York, in Montgomery County. Marker is on Moyer Street, on the right when traveling south. The marker is not roadside, but rather mounted right in front of the Van Alstyne building. Touch for map. Marker is in this post office area: Canajoharie NY 13317, United States of America. Touch for directions. 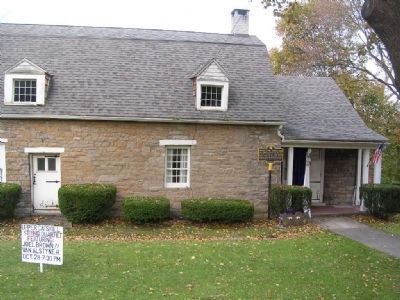 Click or scan to see
this page online
(about 600 feet away); Routes of the Armies (approx. 0.2 miles away); Chester B. Hoke (approx. ¼ mile away); Shaper Quarry (approx. 0.4 miles away). Touch for a list and map of all markers in Canajoharie.

Goshen Van Alstyne built the original smaller section of this house around 1738. It was demolished in the late 19th century when the building was being refurbished. The much larger gambrel roof section was constructed in the 1760’s with a southernmost addition being added in the 1770’s. There is no evidence that the house was ever palisaded during either the French & Indian or Revolutionary Wars.

Philip Van Alstyne owned the house during the American Revolution. At this time the house functioned as a tavern and became a frequent meeting place for the Tryon County Committee of Safety. General Nicholas Herkimer received his commission here to command the Tryon County Militia in 1775. Later Colonel Clyde, who commanded at Fort Plain/Fort Rensselaer, is known to have moved his family there after the Cherry Valley Massacre. This may have contributed to 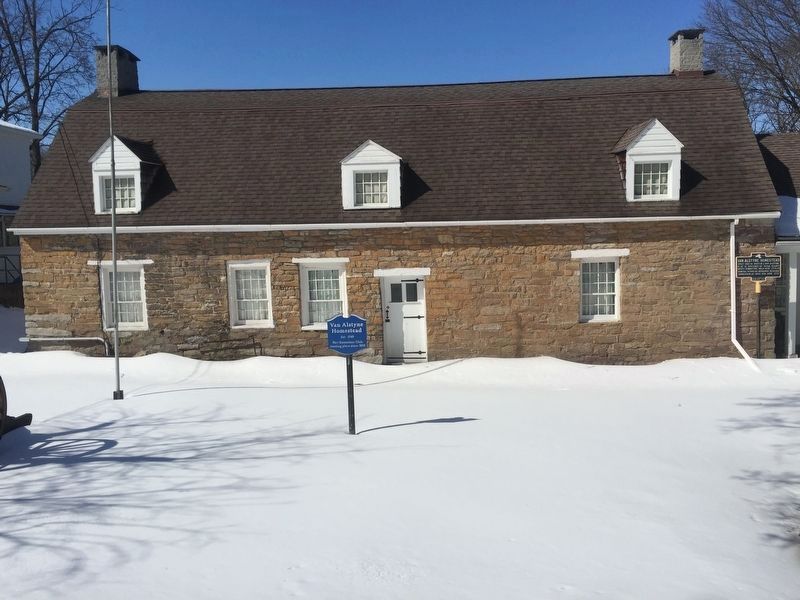 Owned by the Van Alstyne Society, it plays host to the Rensselaer Club. Concerts, meetings and receptions are held here.

Artist & Historian, Rufus Grider, was instrumental in saving the abandoned Van Alstyne house. Later Grider's own research along with historians Jeptha Simms and Benson Lossing showed that the home had been mistakening idendified as Fort Rensselaer. There is no evidence that the house was ever stockaded.

Rufus Grider transformed the house into the area's first museum. In the early 1900s, it became the home of the historic Fort Rensselaer Club. There is no evidence that General Washington ever visited the site.

My great-great-great-great-great (5) grandfather Martin J. Van Alstyne built the stone house in Canajoharie. Most books and the marker in front of the house state that it was constructed in 1749. This is probably not true. My ancestor (with another man, Henry Scrmbling) purchased a large tract at Canajoharie of about 700 to 1000 acres in the winter of 1729-30. They 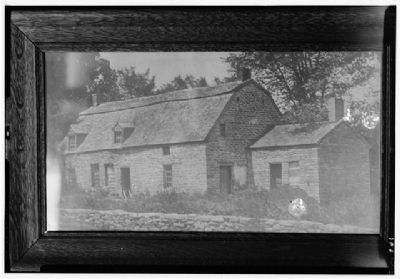 Historic American Building Survey
4. Van Alstyne Homestead
Historic American Buildings Survey, COPY OF OLD PHOTOGRAPH
bought this land from Cadwallader Coldern sometime lieutenant governor of colonial New York. Colden was the original patentee from the crown. Colden recorded the transaction in question in his diary which, in turn, has been published by the New York Historical Society. My ancestor procede to the site of Canajoharie immediately and from family data we have strong reason to believe the house was completed no later than 1739 and possibly as early as 1735. Scrembling, incidentally, did not stay in the picture for long since he sold out to Van Alstyne a very short time after hey had arrived at the site of modern Canajoharie. (Submitted on October 2, 2009.) 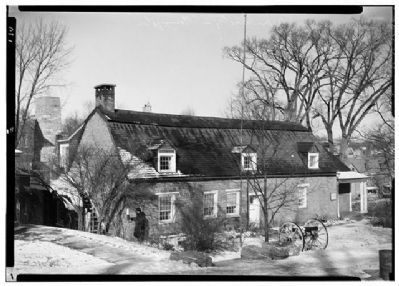 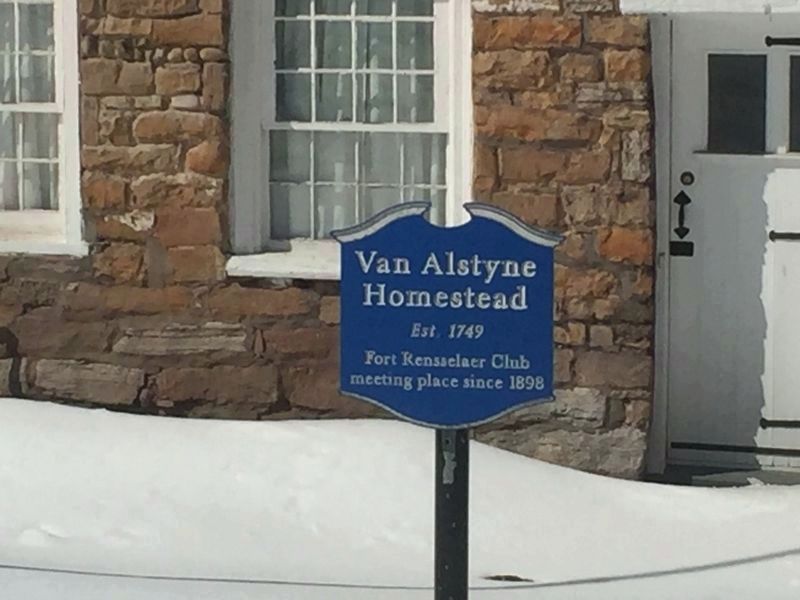