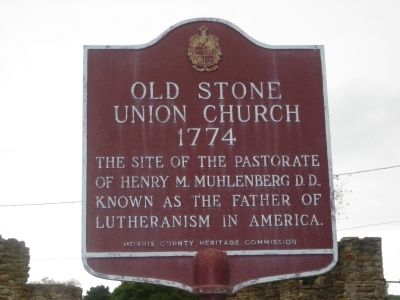 The site of the pastorate of Henry M. Muhlenberg D.D. Known as the father of Lutheranism in America

Topics and series. This historical marker is listed in these topic lists: Cemeteries & Burial Sites • Churches & Religion. In addition, it is included in the New Jersey, Morris County Heritage Commission series list. 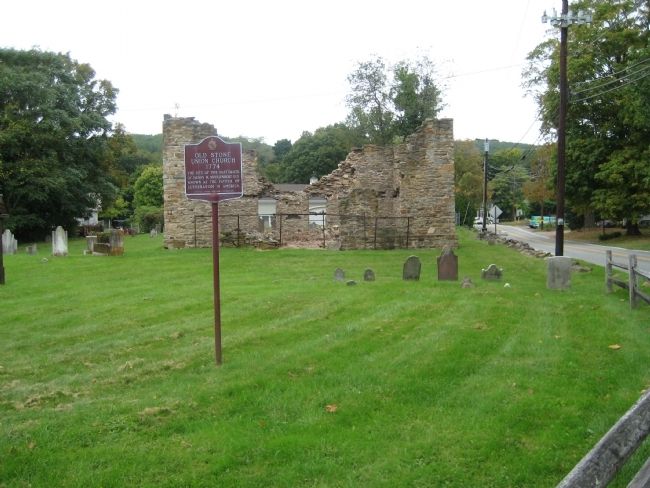 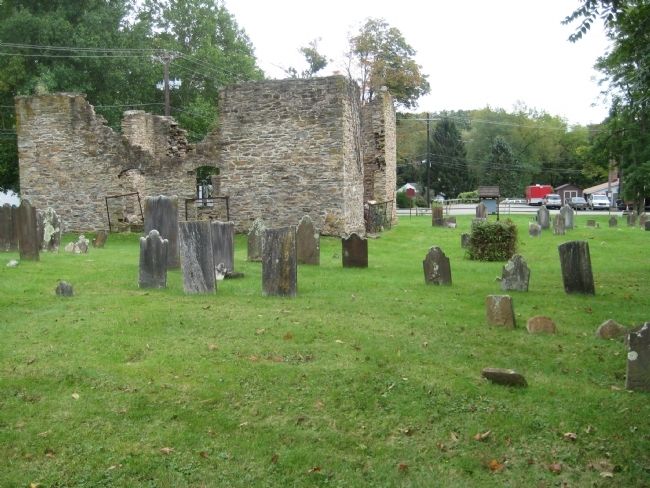 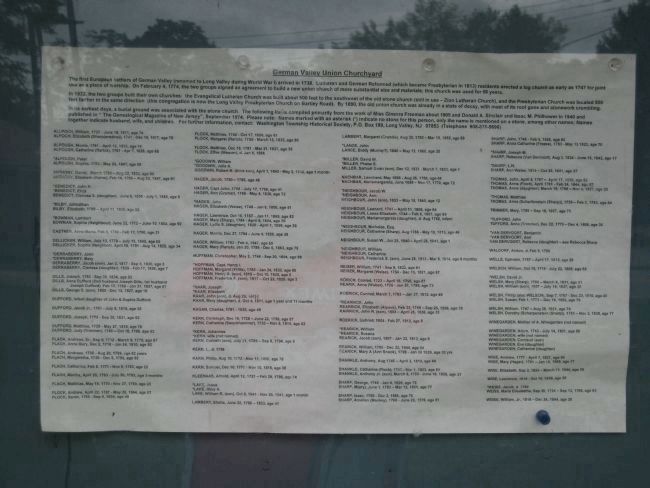 By Alan Edelson, September 23, 2009
4. Cemetery Display in Churchyard
German Valley Union Churchyard
The first European settlers of German Valley (renamed to Long Valley during World War I) arrived in 1738. Lutheran and German Reformed (which became Presbyterian in 1813) residents erected a log church as early as 1747 for joint use as a place of worship. On February 4, 1774, the two groups signed an agreement to build a new union church of more substantial size and materials; this church was used for 58 years.

In 1832, the two groups built their own churches: the Evangelical Lutheran Church was built about 500 feet to the southwest of the old stone church (still in use - Zion Lutheran Church), and the Presbyterian Church was located 500 feet farther in the same direction (this congregation is now the Long Valley Presbyterian Church on Bartley Road). By 1890, the old union church was already in a state of decay, with most of its roof gone and stonework crumbling.

In its earliest days, a burial ground was associated with the stone church. The following list is compiled primarily from the work of Miss Ginerva Freeman about 1905 and Donald A. Sinclair and Isaac Philhower in 1940 and published in "The Genealogical Magazine of New Jersey", September 1974. Please note: Names marked with an asterisk (*) indicate no stone for this person, only the name is mentioned on a stone, among other names; Names together indicate husband, wife and children. For futher information, contact Washington Township Historical Society, P.O. Box 189, Long Valley, NJ 07853 (Telephone 908-876-9696)