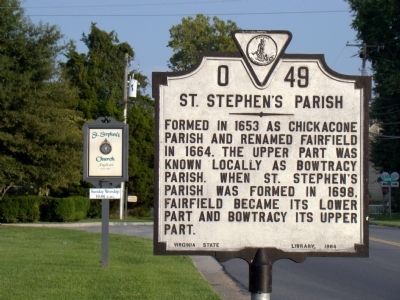 Formed in 1653 as Chickacone Parish and renamed Fairfield in 1664. The upper part was known locally as Bowtracy Parish. When St. Stephen’s Parish was formed in 1698, Fairfield became its lower part and Bowtracy its upper part.

Topics. This historical marker is listed in this topic list: Churches & Religion. A significant historical year for this entry is 1653.

Other nearby markers. At least 8 other markers are within 2 miles of this marker, measured as the crow flies. Rice’s Hotel, Hughlett’s Tavern (approx. 0.2 miles away); Freedom for Slaves of Robert Carter III 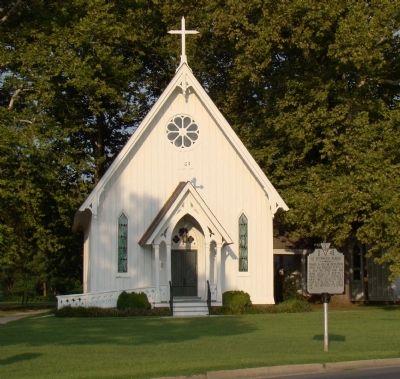 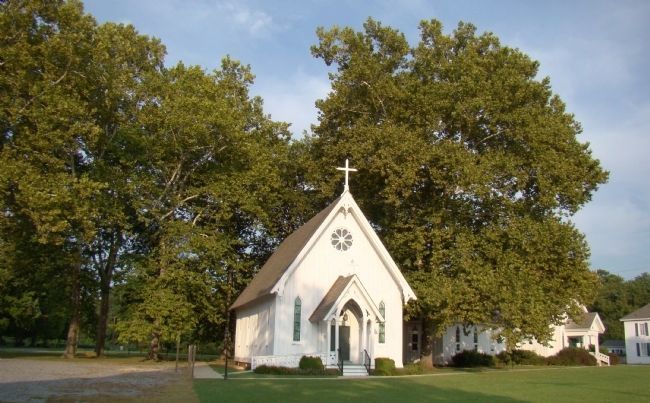