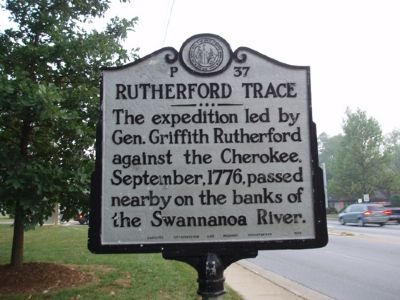 By R.E. Smith, August 27, 2007
1. Rutherford Trace Marker - Facing North
Inscription.
Rutherford Trace. . The expedition led by Gen. Griffith Rutherford against the Cherokee, September, 1776, passed nearby on the banks of the Swannanoa River. . This historical marker was erected by North Carolina Division of Archives and History. It is in Asheville in Buncombe County North Carolina

The expedition led by Gen. Griffith Rutherford against the Cherokee, September, 1776, passed nearby on the banks of the Swannanoa River.

Topics and series. This historical marker is listed in these topic lists: Native Americans • Settlements & Settlers. In addition, it is included in the North Carolina Division of Archives and History series list. A significant historical year for this entry is 1776.

Location. 35° 33.85′ N, 82° 32.567′ W. Marker is in Asheville, North Carolina, in Buncombe County. Marker is on Hendersonville Road, on the right when traveling south. Touch for map. Marker is in this post office area: Asheville NC 28803, United States of America. Touch for directions. 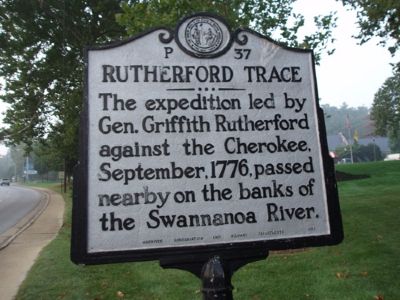 Click or scan to see
this page online
(approx. 0.9 miles away); St. Genevieve ~ Of ~ The ~ Pines (approx. one mile away); Asheville Normal School (approx. 1.1 miles away). Touch for a list and map of all markers in Asheville. 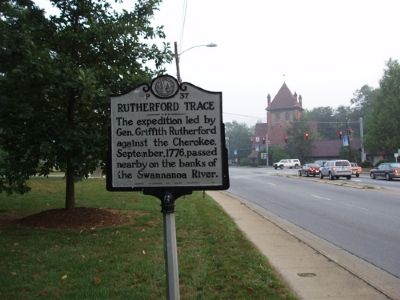