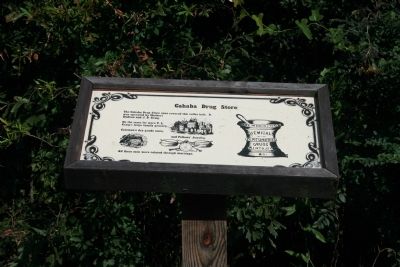 By Tim Carr, August 15, 2009
1. Cahaba Drug Store Marker
Inscription.
Cahaba Drug Store. . . The Cahaba Drug Store once covered this cellar hole. It was operated by Herbert Hudson and J. D. Craig. . . On the same lot were T. L. Craig's large family grocery, Coleman's dry goods store, and Fellows' Jewelry. . . All these men were related through marriage. . This historical marker was erected by Alabama Historical Commission. It is in Cahaba in Dallas County Alabama

The Cahaba Drug Store once covered this cellar hole. It was operated by Herbert Hudson and J. D. Craig.

All these men were related through marriage.

Location. This marker has been replaced by another marker nearby. It was located near 32° 19.146′ N, 87° 5.742′ W. Marker was in Cahaba, Alabama, in Dallas County. Marker was on Vine Street near 2nd Street North, on the right when traveling north. Touch for map. Marker was in this post office area: Orrville AL 36767, United States of America. Touch for directions. 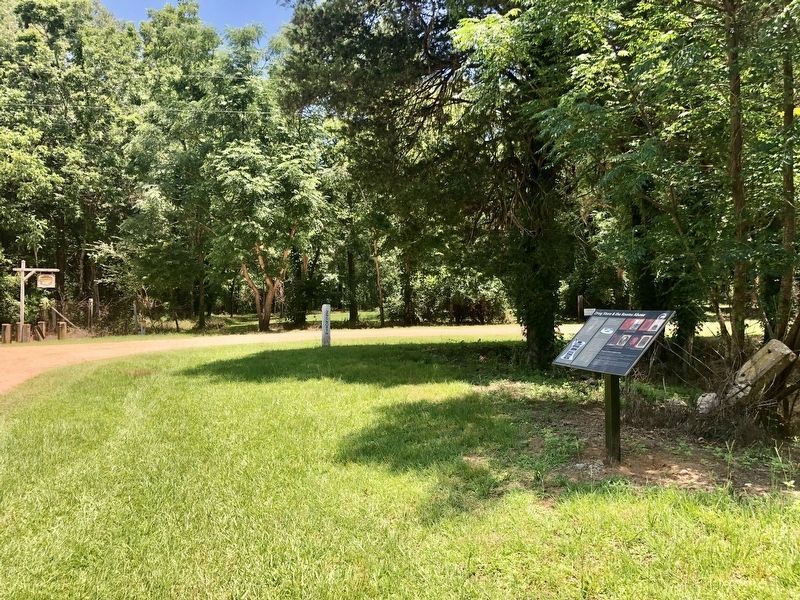 More about this marker. This marker was later replaced by a newer marker, titled "Drug Store & Rooms Above" with some of the same text.