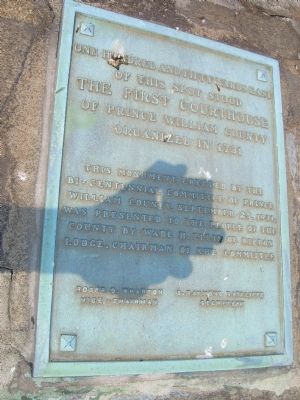 Topics. This historical marker is listed in this topic list: Notable Buildings. A significant historical date for this entry is September 25, 1933. 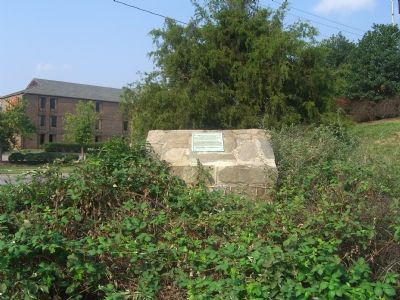 Photographed By Kevin White, September 6, 2007
2. The First Courthouse of Prince William County Marker
It's hard to tell with the brambles, but the marker is about five feet tall.

Related markers. Click here for a list of markers that are related to this marker. The list includes all five Prince William County Courthouses in sequence from first through the fifth. Note that there are two markers for the second courthouse.

Also see . . .
1. Woodbridge is 200 Years Old!. An article written by Stephen E. Phinney in 1995, when he was serving on the Prince William County Historical Commission. It was published in November, 1997. (Submitted on September 6, 2007, by Kevin W. of Stafford, Virginia.) 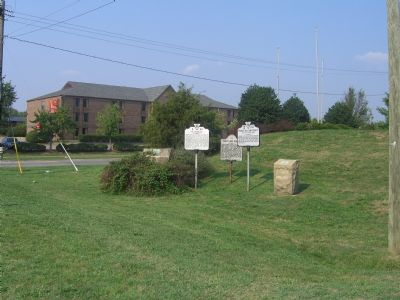