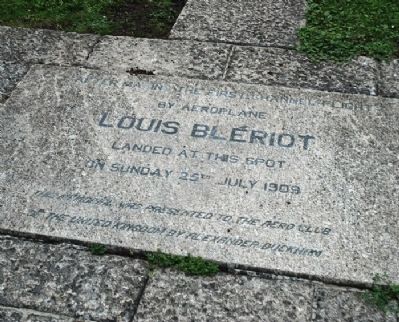 By Roger W. Sinnott, August 21, 2007
1. Blériot's 1909 Landing Site Marker
Inscription.
Blériot’s 1909 Landing Site. . After making the first Channel flight by aeroplane Louis Blériot landed at this spot on Sunday 25th July 1909. . This historical marker was erected by Alexander Duckham for the Aero Club of the United Kingdom.. It is Near Dover in Kent England United Kingdom

After making the first Channel flight by aeroplane Louis Blériot landed at this spot on Sunday 25th July 1909.

Erected by Alexander Duckham for the Aero Club of the United Kingdom. 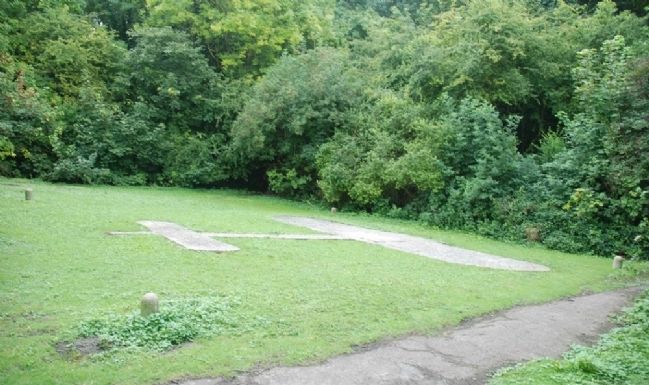 By Roger W. Sinnott, August 21, 2007
2. Blériot's Landing Site
Louis Blériot's monoplane is outlined in stone on a southwest-facing slope near Dover, Kent. The marker's inscription appears where the wing meets the fuselage.
0.4 kilometers away); Command, Control and Communication (approx. half a kilometer away); Finding the Enemy (approx. half a kilometer away). Touch for a list and map of all markers in Dover.

Also see . . .  A video of an original Blériot XI in flight. Just 5½ years after the historic first flight of the Wright brothers, French inventor Louis Blériot flew his monoplane from near Calais, France, across the English Channel to Dover, England. The 22-mile crossing took 37 minutes. An original Blériot XI is maintained in flying condition at the Old Rhinebeck Aerodrome in Rhinebeck, New York. (Submitted on October 29, 2009, by Roger W. Sinnott of Chelmsford, Massachusetts.)

Additional comments.
1. Bleriot Memorial
The monument was marked out originally by my grandfather, Frederick William Duckham. The aircraft had left discoloured grass in its present shape, and my mother told me he filled it in with concrete.
Alexander Duckham was his brother. He sponsored Bleriot and I have a photo of them in a cockpit of a biplane together. At one time they jointly held the altitude record of 800 feet.

Editor's Note: Thank you for sharing some 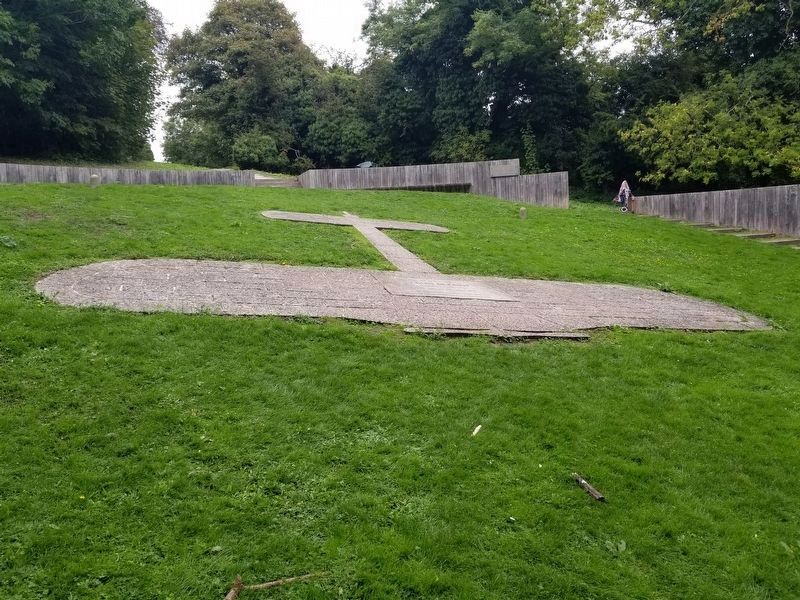 By Michael Herrick, September 8, 2018
3. Blériot’s 1909 Landing Site Marker
The granite memorial is the exact size of Blériot’s Aeroplane
of your family's history behind this historical marker. Please consider uploading a copy of the photograph you mentioned, using the "Add Photo" link above.
— Submitted August 10, 2011, by Digby Martin Fletcher of Purley, Surrey. 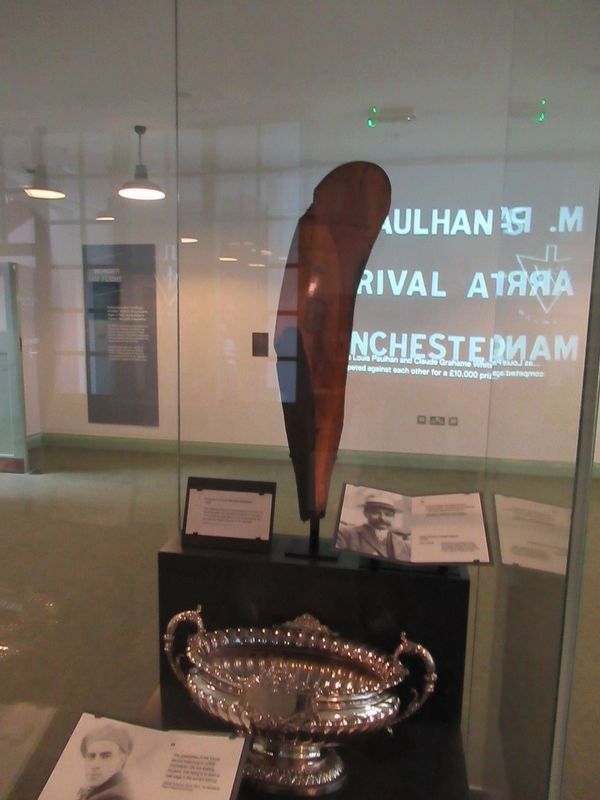 By Michael Herrick, May 6, 2018
4. Propeller from Louis Blériot's Wrecked Aeroplane
In the Royal Air Force Museum at Hendon Aerodrome in Colindale, near London 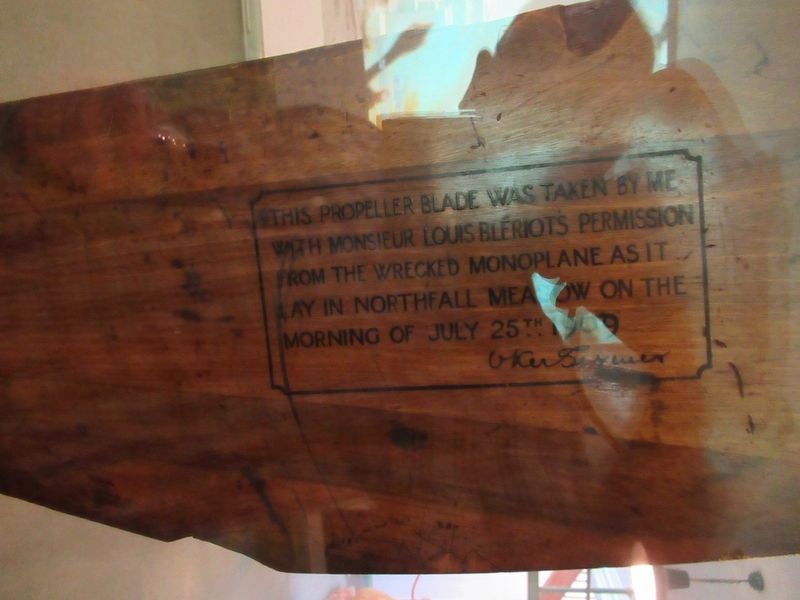