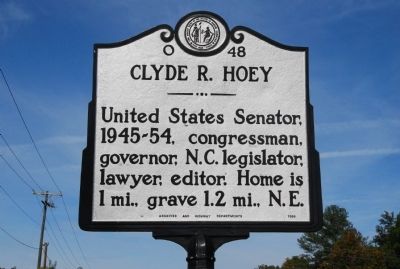 Topics and series. This historical marker is listed in these topic lists: Cemeteries & Burial Sites • Communications. In addition, it is included in the North Carolina Division of Archives and History series list. 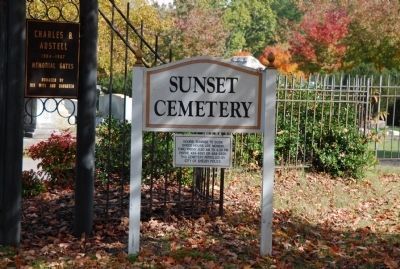 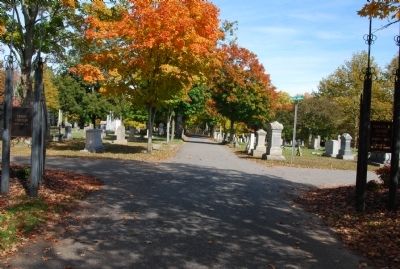 Photographed By Michael Sean Nix, October 22, 2009
3. Sunset Cemetery
Clyde Hoey's burial ground.
devil” in the office of the Shelby Review and later at the Charlotte Observer. At sixteen Hoey bought the Shelby newspaper and changed the name to the Cleveland Star. With a career established at an early age Hoey had little time for further schooling but in 1899 studied law for one summer session at the University of North Carolina. That same year he passed the bar; soon his active practice took him away from daily journalism. In 1900 Hoey, a Methodist, married Bess Gardner, sister of O. Max Gardner (governor, 1929-1933). To Clyde and Bess Hoey were born three children; he never remarried after her death in 1942.

In 1898, several weeks before his twenty-first birthday, Hoey was elected to the state House for the first of two terms. In 1903 he served a single term in the state Senate. From 1913 to 1919 Hoey served as assistant U.S. attorney for the Western District of North Carolina. In 1919, Hoey defeated Republican John Motley Morehead in a race for the U.S. House but he declined to seek reelection two years later. Until his bid for governor in 1936, Hoey concentrated on his law practice and worked as a lobbyist for Duke Power and other companies. In the hotly contested race for the Democratic gubernatorial nomination in 1936 Hoey, with the assistance of his brother-in-law’s political organization, defeated Ralph McDonald, A. H. Graham, and John McRae. Graham 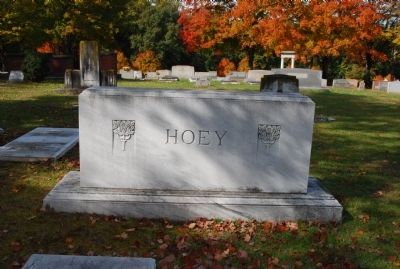 Photographed By Michael Sean Nix, October 22, 2009
4. Clyde R. Hoey Grave
and McRae were eliminated in the first primary. The chief issue in the runoff was the sales tax, which McDonald denounced and Hoey was forced to defend but, in doing so, he argued for its eventual elimination. A leader of the “drys,” Hoey campaigned for letting the people vote on the liquor issue. Hoey won over Republican candidate Gilliam Grissom in the fall.

During Hoey’s administration as governor, the state provided free textbooks for the elementary schools, increased teacher salaries, expanded the highway system, reformed child labor laws, instituted parole reforms, offered the first graduate courses at black colleges, and initiated the first advertising programs to attract tourists. The State Bureau of Investigation and the State Board of Alcoholic Beverage Control were created during his term.

In 1937 the state implemented provisions of the Social Security Act but Hoey lent his support to few of the New Deal initiatives. In a speech to the governors conference in 1937, Hoey cautioned against the loss of state authority with the increased use of federal funds. By the late 1930s the New Deal was no longer a major political force in North Carolina. Senator Josiah W. Bailey led the opposition but in time was joined by Hoey and Gardner. Liberals such as Hoey’s 1936 Democratic opponent Ralph McDonald were frustrated by the constraints within 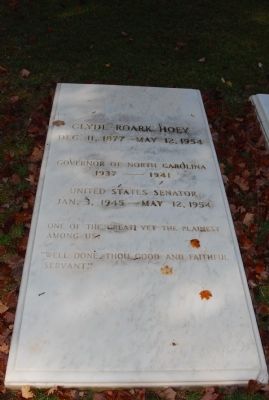 In 1944 former Governor Hoey defeated former Governor Cameron Morrison in a race for the U.S. Senate. His election in the fall secured his place in the history books as only the second North Carolinian (after Jesse Franklin) to serve as governor and in both houses of the legislature and both houses of Congress. On May 12, 1954, the political veteran died in his Senate office in Washington; he is buried in Sunset Cemetery in Shelby.
— Submitted October 22, 2009, by Michael Sean Nix of Spartanburg, South Carolina. 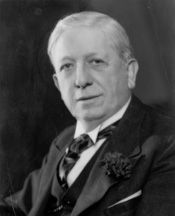