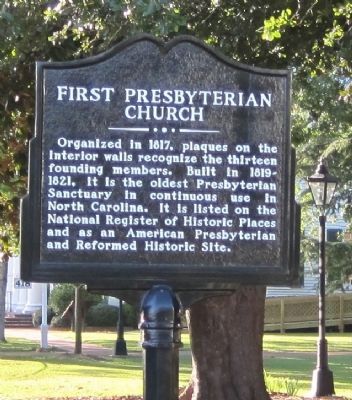 Organized in 1817, plaques on the interior walls recognize the thirteen founding members. Built in 1819 - 1821. It is the oldest Presbyterian Sanctuary in continuous use in North Carolina. It is listed in the National Register of Historic Places and as an American Presbyterian and Reformed Historic Site.

Topics. This historical marker is listed in these topic lists: Churches & Religion • Notable Buildings. A significant historical year for this entry is 1817.

Location. 35° 6.58′ N, 77° 2.373′ W. Marker is in New Bern, North Carolina, in Craven County. Marker is at the intersection of New Street and Middle Street, on the right when traveling west on New Street. Touch for map. Marker is in this post office area: New Bern NC 28560, United States of America. Touch for directions. 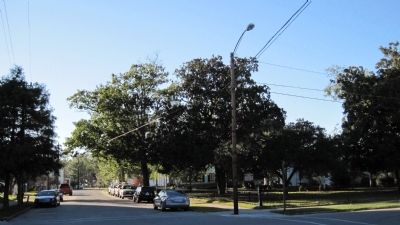