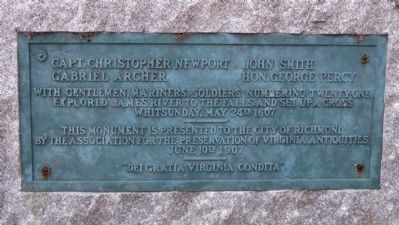 Photographed By Bernard Fisher, October 25, 2009
1. Christopher Newport Monument Marker
Inscription.
Christopher Newport Monument. . , Capt. Christopher Newport , John Smith , Gabriel Archer , Hon. George Percy, With gentlemen, mariners, soldiers numbering twenty-one explored James River to the falls, and set up a cross , Whitsunday, May 24th 1607, This monument is presented to the City of Richmond by the Association for the Preservation of Virginia Antiquities , June 10th 1907, “Dei Gratia Virginia Condita” . This monument was erected in 1907 by Association for the Preservation of Virginia Antiquities. It is in Richmond Virginia

With gentlemen, mariners, soldiers numbering twenty-one explored James River to the falls, and set up a cross
Whitsunday, May 24th 1607

Erected 1907 by Association for the Preservation of Virginia Antiquities.

Topics. This historical marker and monument is listed in these topic lists: Exploration • Settlements & Settlers. A significant historical date for this entry is May 24, 1924.

Location. 37° 32.034′ N, 77° 26.184′ W. Marker is in Richmond, Virginia. Marker can be reached from the intersection of South 12th Street and East Byrd Street. This monument is on the Richmond Riverfront Canal Walk. Touch for map. Marker is in this post office area: Richmond VA 23219, United States of America. Touch for directions.

Other nearby markers. At least 8 other markers are within walking distance of this marker. Christopher Newport Cross / Canal Walk (a few steps from this marker); Electric Trolley (within shouting distance 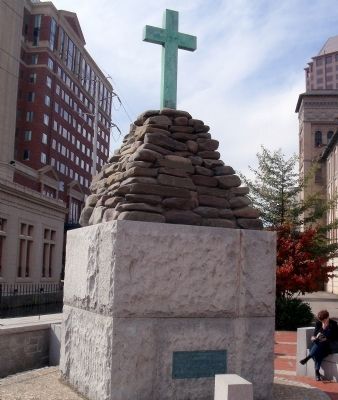 More about this monument. This monument was originally located on Gambles Hill. In 2000, the cross was moved to 12th Street. 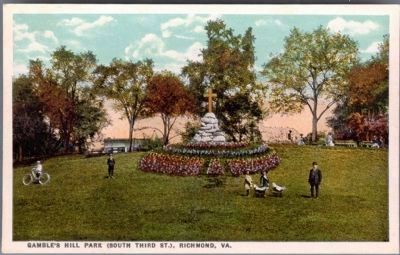 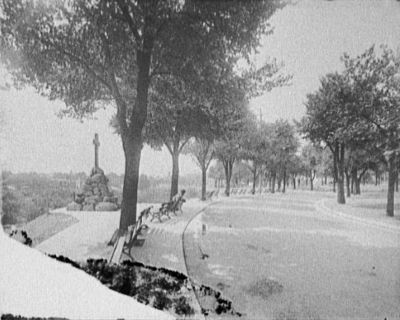