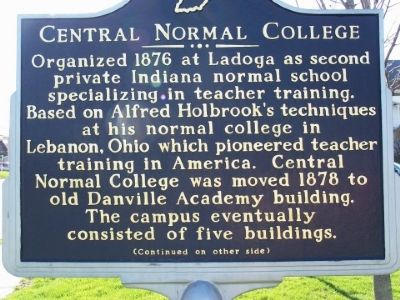 Topics and series. This historical marker is listed in these topic lists: Education • Notable Buildings. In addition, it is included in the Indiana Historical Bureau Markers series list. A significant historical year for this entry is 1876. 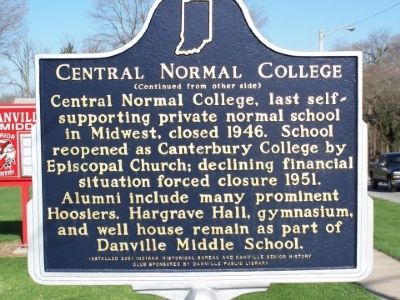 Photographed By Mbowyer, April 8, 2006
2. Side two of the Central Normal College Marker.

Click or scan to see
this page online
N, 86° 31.218′ W. Marker is in Danville, Indiana, in Hendricks County. Marker is on East Main Street (U.S. 36) near North Wayne Street, on the right when traveling west. Touch for map. Marker is in this post office area: Danville IN 46122, United States of America. Touch for directions. 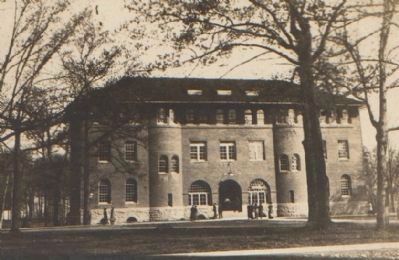 Photographed By Unknown., circa 1910
3. Central Normal College
mathematics for 34 years. I would share these with anyone who would have special interest in the school memorbilia.

Editor's Note: Please email the editors if you wish to ask Ms. Wilburn about these books. And please include the marker name in your email for reference. Thank you. Note To Editor only visible by Contributor and editor
— Submitted November 13, 2008, by Ms. Carol A. Wilburn of Yorktown, In. 47396. 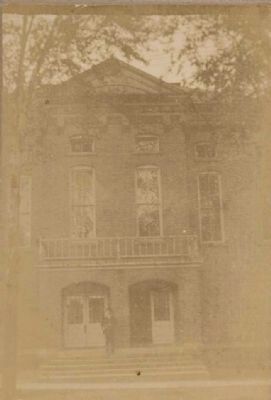 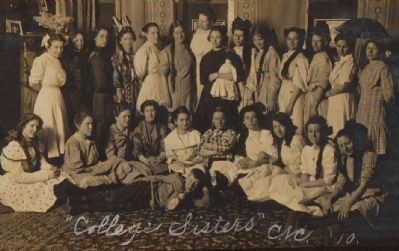 Editor’s want-list for this marker. Photo of Hargrave Hall, the gymnasium, and the well house • Can you help?
Share this page.