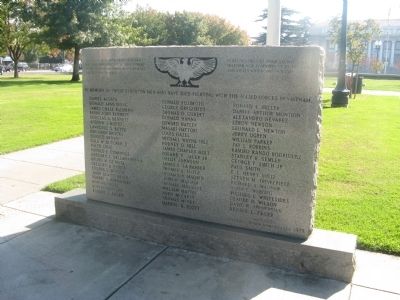 This monument represents in a small way our appreciation of the contributions to freedom which brave men are called upon to make.

In recognition of their sacrifice, we reaffirm our community to the goals and ideals which they sought.

In memory of those Stockton men who have died fighting with the Allied Forces in Vietnam. 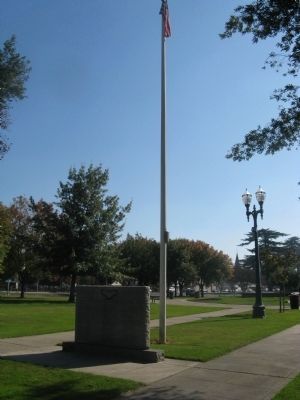 Location. 37° 57.505′ N, 121° 17.524′ W. Marker is in Stockton, California, in San Joaquin County. Marker is on East Oak Street, on the right when traveling east. Monument is located on the north side of the Dr. Martin Luther King, Jr. Plaza on East Oak Street between North El Dorado Street and Center Street. Touch for map. Marker is in this post office area: Stockton CA 95202, United States of America. Touch for directions. 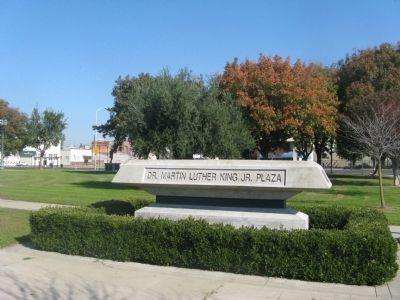