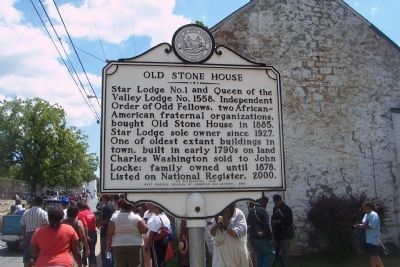 Star Lodge No. 1. Star Lodge No. 1, Free and Accepted Masons was chartered in 1877 by the Maryland Grand Lodge. The Lodge exemplifies the fraternal brotherhood and institutional growth of African-Americans in Charles Town and the state. It traces its origins back to the African Lodge No. 459, organized by Prince Hall in 1787, and is one of the oldest non-secular African-American organizations in West Virginia.

Erected 2003 by West Virginia Division of Archives and History.

Topics and series. This historical marker is listed in these topic lists: African Americans • Fraternal or Sororal Organizations 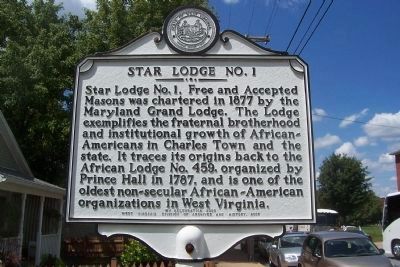 Click or scan to see
this page online
. In addition, it is included in the West Virginia Archives and History series list. A significant historical year for this entry is 1558.

Location. 39° 17.225′ N, 77° 51.706′ W. Marker is in Charles Town, West Virginia, in Jefferson County. Marker is on South Lawrence Street 0.1 miles south of West Washington Street, on the right when traveling south. Marker is on the lawn, north side of the Old Stone House. Touch for map. Marker is in this post office area: Charles Town WV 25414, United States of America. Touch for directions. 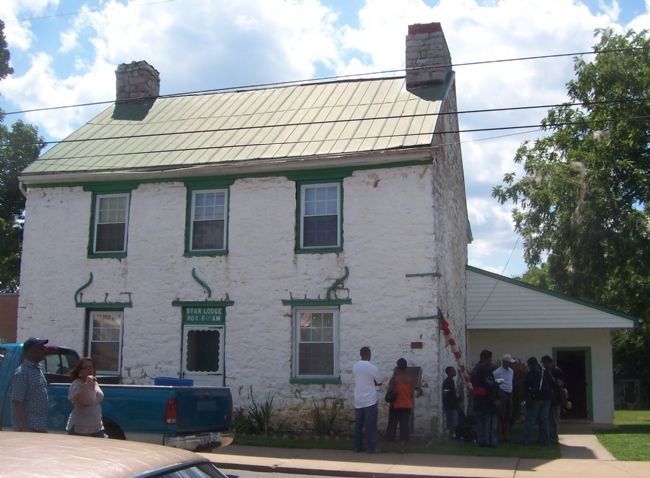