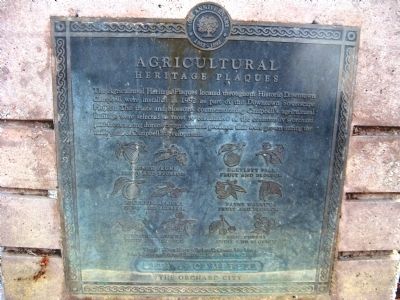 The Agricultural Heritage Plaques located throughout Historic Downtown Campbell were installed in 1992 as part of the Downtown Streetscape Project. The fruits and blossoms commemorating Campbell’s agricultural heritage were selected as most representative of the community’s orchard past from among dozens of agricultural products that were grown during the early years of Campbell’s development.

Erected 1992 by The City of Campbell.

Topics. This historical marker is listed in this topic list: Agriculture. A significant historical year for this entry is 1992. 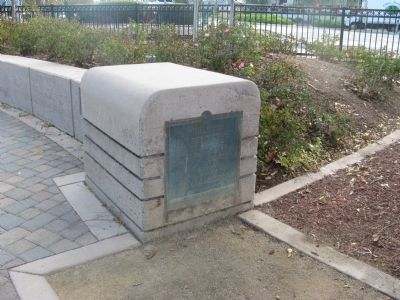 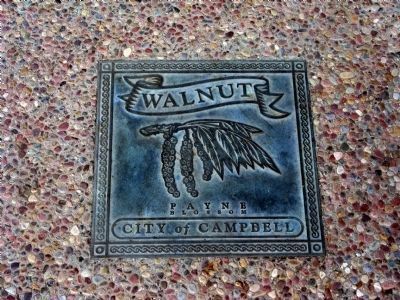 By Syd Whittle, November 5, 2009
3. Agricultural Heritage Plaque
This example of a Heritage Plaque is located at the intersection of Civic Center Drive and North Central Avenue in front of the Campbell Historical Museum located at Fire House #1