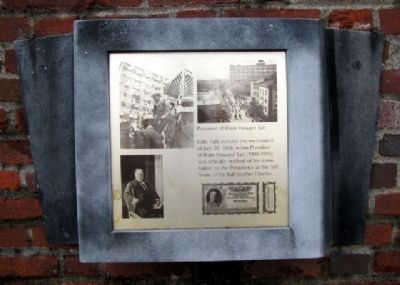 Lytle Park echoed the excitement of July 28, 1908, when President William Howard Taft (1909-1913) was officially notified of his nomination to the Presidency at the Taft home of his half-brother Charles.

Erected by Park Board Volunteers, the Garden Center of Greater Cincinnati, and Public-Spirited Citizens.

Topics and series. This historical marker is listed in this topic list: Government & Politics. In addition, it is included in the Former U.S. Presidents: #27 William Howard Taft series list. A significant historical date for this entry is July 28, 1889.

Location. 39° 6.031′ N, 84° 30.24′ W. Marker is in Cincinnati, Ohio, in Hamilton County. Marker is one of a series on a wall near the SSW corner of Lytle Park, about 250 feet SE of the intersection of East 4th Street and Ludlow Street. The markers are about 150 feet east of the Guilford Building, 421 East 4th Street. Touch for map. Marker is in this post office area: Cincinnati OH 45202, United States of America. Touch for directions. 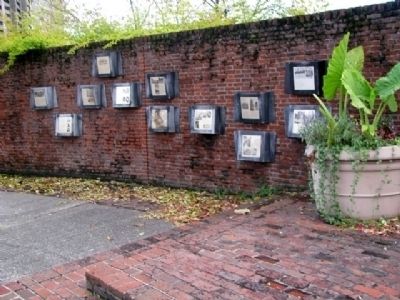 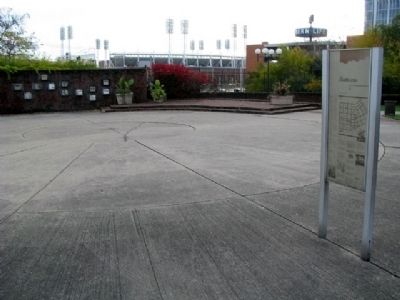 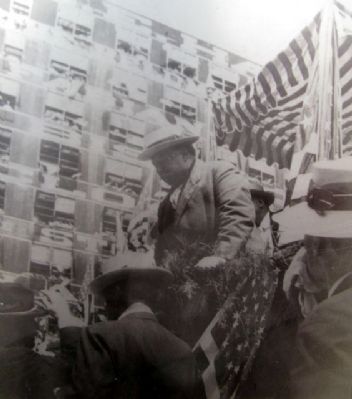 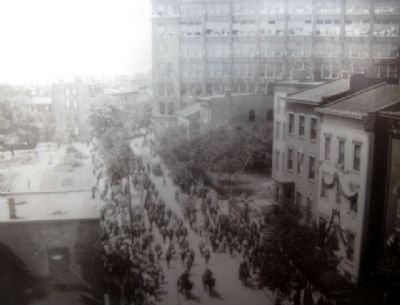 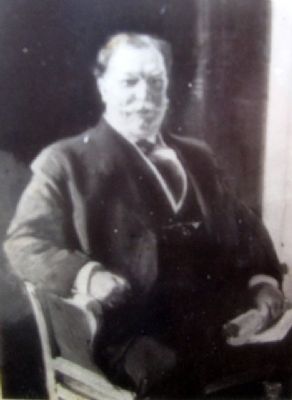 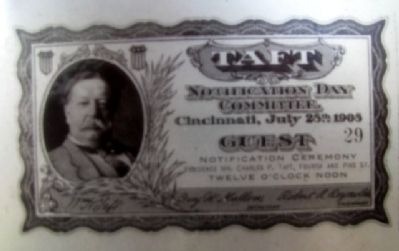