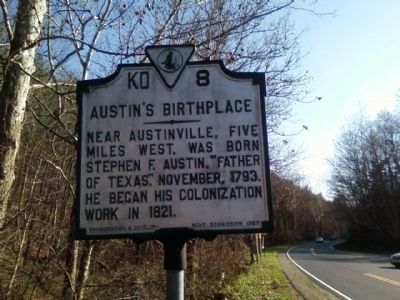 By Stanley and Terrie Howard, November 25, 2009
1. Austin's Birthplace Marker
Inscription.
Austin's Birthplace. . Near Austinville, five miles west, was born Stephen F. Austin, "Father of Texas", November, 1793. He began his colonization work in 1821. . This historical marker was erected in 1937 by Conservation & development Commission. It is in Max Meadows in Wythe County Virginia

Near Austinville, five miles west, was born Stephen F. Austin, "Father of Texas", November, 1793. He began his colonization work in 1821.

Topics. This historical marker is listed in this topic list: Settlements & Settlers. A significant historical year for this entry is 1793. 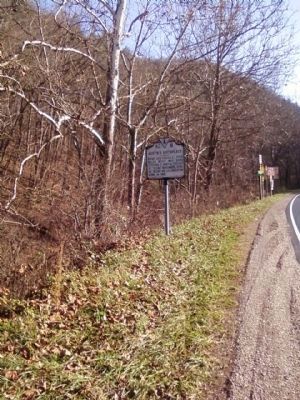 Click or scan to see
this page online
(approx. 3.6 miles away); To Mark The Site of The Lead Mines (approx. 4 miles away); Wythe County/ Carroll County (approx. 5 miles away). 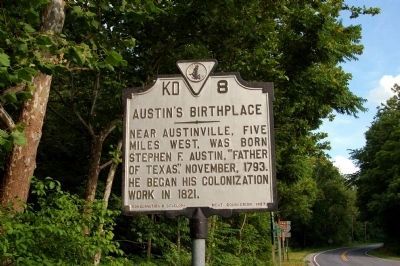 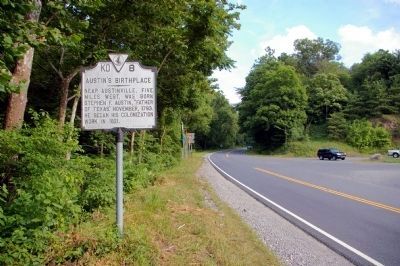 By David Seibert, June 29, 2010
4. Austin's Birthplace Marker
Looking south on US 52 (Fort Chiswell Road); Lead Mine Road is to the right. If the photo is enlarged, another marker (Carroll County / Wythe County) can be seen in the distance on US 52. 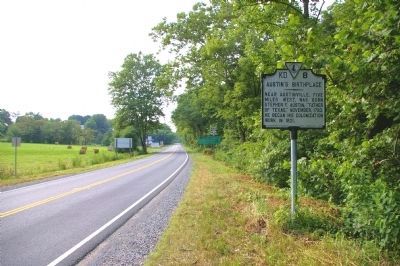 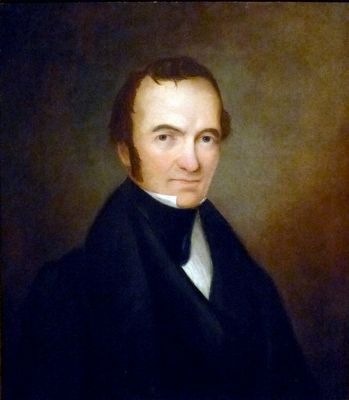 “In 1822, Stephen F. Austin led a group of Anglo­American emigrants to settle a site in Texas on the Gulf of Mexico. He gained the cooperation and trust of the newly formed Mexican state, which saw Austin's colony as a way to settle and improve its lands. For ten years Austin led the colony and grew to believe that Mexico, not the United States, should control Texas. However, his hand was forced when the Mexican government, fearing the American colonists' independence, began to harass them. Austin was arrested in 1835 for allegedly plotting to annex Texas from Mexico. Released, he joined the subsequent revolt as commander of the army of Texas. After the declaration of the Republic of Texas (1836), Austin was defeated as its first president by Sam Houston, the war's military hero.” — National Portrait Gallery
Credits. This page was last revised on June 16, 2016. It was originally submitted on November 29, 2009, by Stanley and Terrie Howard of Greer, South Carolina. This page has been viewed 903 times since then and 8 times this year. Photos:   1, 2. submitted on November 29, 2009, by Stanley and Terrie Howard of Greer, South Carolina.   3, 4, 5. submitted on July 2, 2010, by David Seibert of Sandy Springs, Georgia.   6. submitted on October 17, 2015, by Allen C. Browne of Silver Spring, Maryland. • Kevin W. was the editor who published this page.
Share This Page.