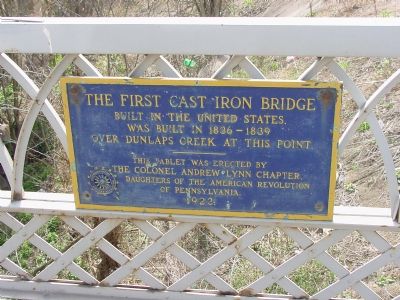 By J. J. Prats, April 11, 2006
1. The First Cast Iron Bridge Marker
Inscription.
The first cast iron bridge built in the United States, was built in 1836-1839 over Dunlap's Creek at this point. . This historical marker was erected in 1923 by Colonel Andrew Lynn Chapter, Daughters of the American Revolution of Pennsylvania. It is in Brownsville in Fayette County Pennsylvania

The first cast iron bridge built in the United States, was built in 1836-1839 over Dunlap's Creek at this point.

Erected 1923 by Colonel Andrew Lynn Chapter, Daughters of the American Revolution of Pennsylvania.

Topics and series. This historical marker is listed in these topic lists: Bridges & Viaducts • Roads & Vehicles. In addition, it is included in the Daughters of the American Revolution, and the The Historic National Road series lists.

Location. 40° 1.276′ N, 79° 53.282′ W. Marker is in Brownsville, Pennsylvania, in Fayette County. Marker is on Market Street east of Bank Street, on the right when traveling east. Touch for map. Marker is in this post office area: Brownsville PA 15417, United States of America. Touch for directions. 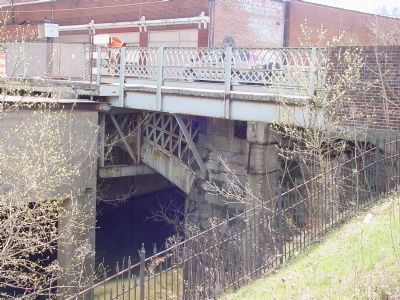 By J. J. Prats, April 11, 2006
2. Dunlap's Creek Bridge
Most of the bridge is obstructed by building foundations.
¼ mile away); Philander Knox (approx. 0.3 miles away). Touch for a list and map of all markers in Brownsville.

More about this marker. Marker is affixed to the bridge's railing, facing the street. 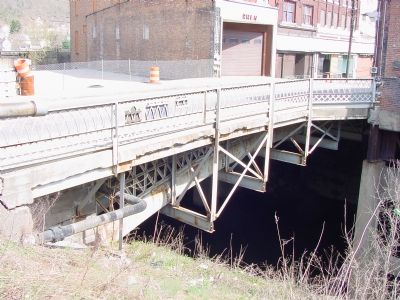 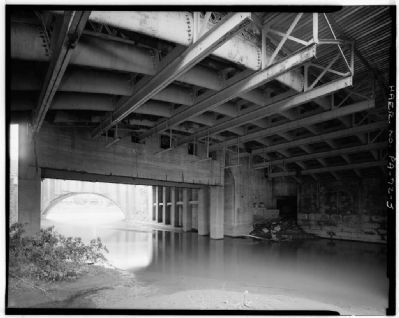 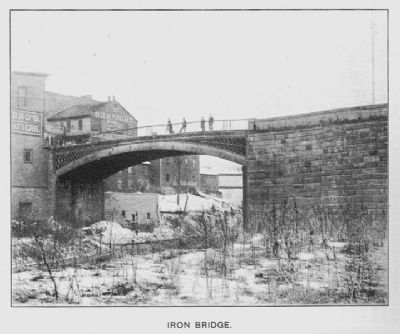 By Thomas B. Searight, circa 1894
5. Iron Bridge
From: Thomas Brownfield Searight, The Old Pike : a history of the National Road, with incidents, accidents, and anecdotes thereon 1894, p. 95. 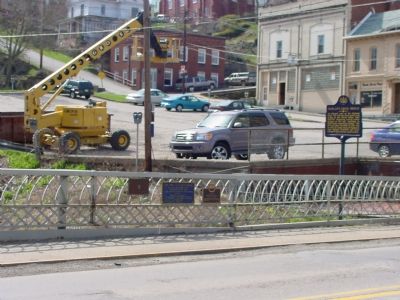