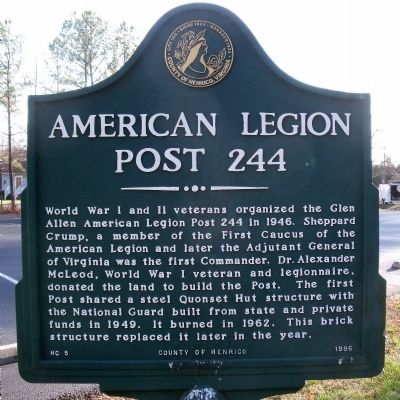 World War I and II veterans organized the Glen Allen American Legion Post 244 in 1946. Sheppard Crump, a member of the First Caucus of the American Legion and later the Adjutant General of Virginia was the first Commander. Dr. Alexander McLeod, World War I veteran and legionnaire, donated the land to build the Post. The first Post shared a steel Quonset Hut structure with the National Guard built from state and private funds in 1949. It burned in 1962. This brick structure replaced it later in the year.

Topics. This historical marker is listed in these topic lists: Fraternal or Sororal Organizations • War, World I • War, World II.

Location. 37° 39.525′ N, 77° 29.854′ W. Marker is in Glen Allen, Virginia, in Henrico County. Marker can be reached from the intersection of Indale Road and Winston Boulevard. Touch for map. Marker is at or near this postal address: 2522 Indale Road, Glen Allen VA 23060, United States of America. Touch for directions.

Other nearby markers. At least 8 other markers are within walking distance of this marker. Walkerton (approx. half a mile away); Forest Lodge Belvedere 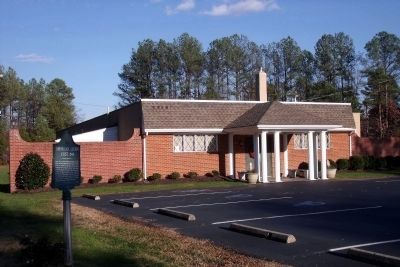 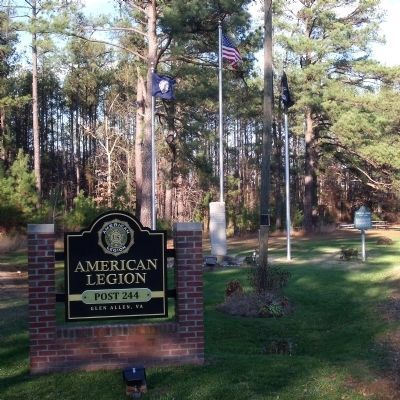 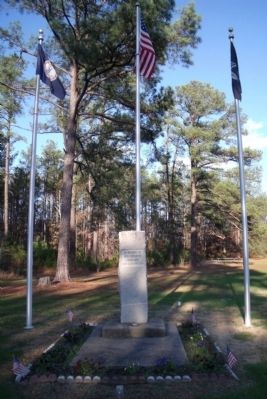