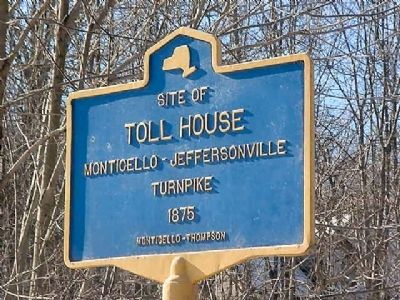 By Tom Rue, February 18, 2001
1. Site of Toll House Marker
Inscription.
Site of Toll House, Monticello-Jeffersonville Turnpike, 1875. . This historical marker was erected in 1995 by Village of Monticello & Town of Thompson.. It is in Monticello in Sullivan County New York

Erected 1995 by Village of Monticello & Town of Thompson. 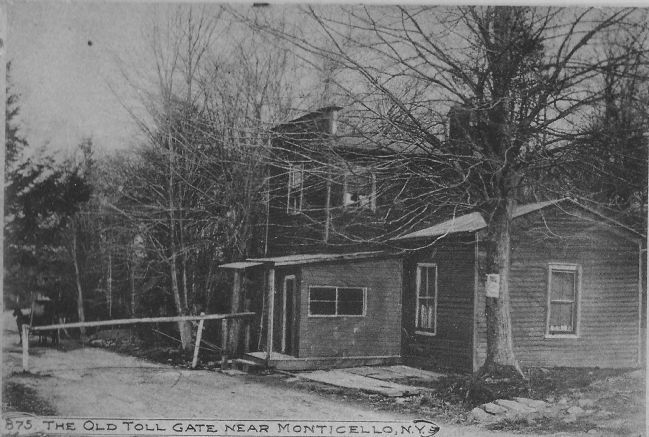 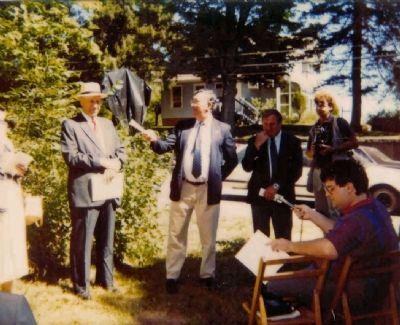 By Carmen Rue, August 25, 1995
3. Unveiling of Historical Marker
Pictured above at the public unveiling ceremony are (left to right) Chief Judge Lawrence H. Cooke of the New York State Court of Appeals, Town of Thompson Supervisor Anthony Cellini, Village of Monticello Mayor Robert Friedland; and a reporter from the Sullivan County Democrat and from WSUL Radio. Judge Cooke spoke about the history of turnpikes in New York State.
Credits. This page was last revised on June 16, 2016. It was originally submitted on December 20, 2009, by Tom Rue of Monticello, New York. This page has been viewed 988 times since then and 58 times this year. Photos:   1, 2. submitted on December 20, 2009, by Tom Rue of Monticello, New York.   3. submitted on December 20, 2009. • Bill Pfingsten was the editor who published this page.
Share This Page.