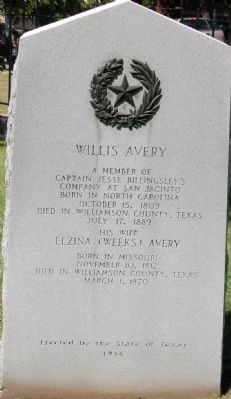 Topics and series. This historical marker is listed in this topic list: War, Texas Independence. In addition, it is included in the Texas 1936 Centennial Markers and Monuments series list. A significant historical date for this entry is March 1, 1874.

Location. 30° 15.921′ N, 97° 43.647′ W. Marker is in Austin, Texas, in Travis County. Marker can be reached from the intersection of Navasota Street and East 8th Street, on the right when traveling north. The marker is located in the Texas State Cemetery. Touch for map. Marker is at or near this postal address: 909 Navasota Street, Austin TX 78701, United States of America. Touch for directions. 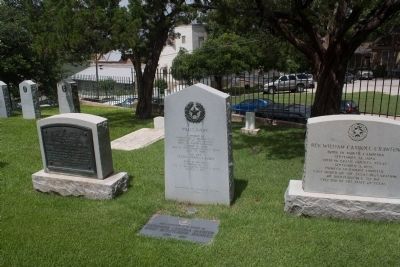 Related marker. Click here for another marker that is related to this marker. A similar marker for Captain Jesse Billingsley

Also see . . .  Willis Avery History. Citizens of the Republic of Texas of Williamson County - Willis Thomas Avery, Republic of Texas Veteran and Texas Ranger (Submitted on May 15, 2011, by Wayne Ware of Georgetown, Texas.) 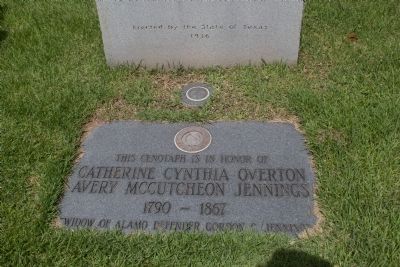