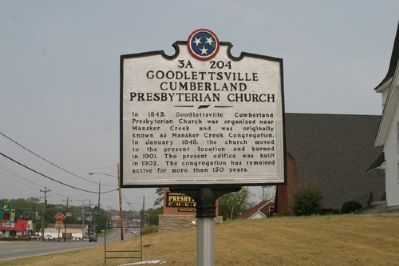 In 1843, Goodlettsville Cumberland Presbyterian Church was organized near Mansker Creek and was originally known as Mansker Creek Congregation. In January 1848, the church moved to the present location and burned in 1901. The present edifice was built in 1902. The congregation has remained active for more than 150 years.

Topics and series. This historical marker is listed in these topic lists: Churches & Religion • Settlements & Settlers. In addition, it is included in the Tennessee Historical Commission series list. A significant historical month for this entry is January 1848.

Other nearby markers. At least 8 other markers are within 2 miles of this marker, measured as the crow flies. Casper Mansker (about 700 feet away, measured in a direct line); Mansker’s Station (approx. 0.2 miles away); William Bowen House 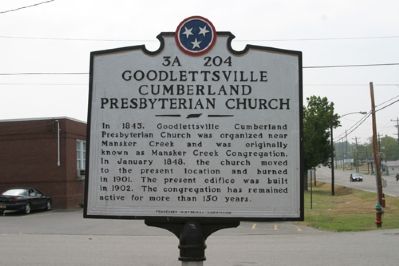 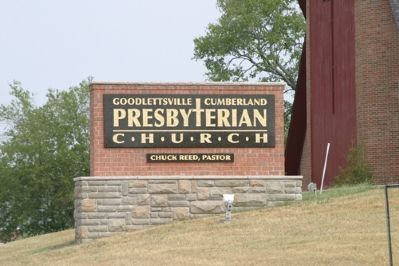 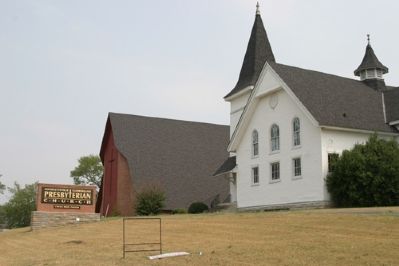 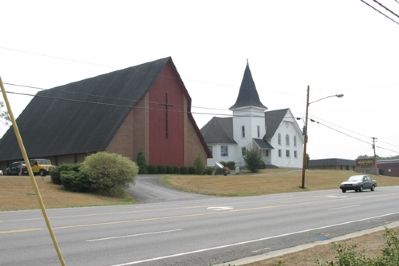