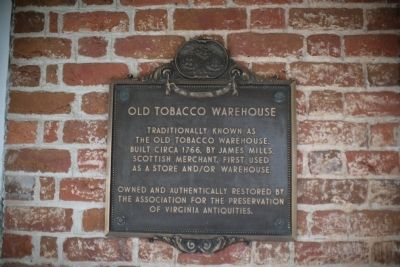 Traditionally known as the Old Tobacco Warehouse. Built 1766 by James Mills, Scottish merchant. First used as a store and/or warehouse.Owned and authentically restored by the Association for the Preservation of Virginia Antiquities.

Topics. This historical marker is listed in these topic lists: Colonial Era • Notable Buildings. A significant historical year for this entry is 1766.

Location. 37° 38.193′ N, 76° 34.39′ W. Marker is in Urbanna, Virginia, in Middlesex County. Marker can be reached from Old Virginia Street near Cross Street (Virginia Route 27). Touch for map. Marker is in this post office area: Urbanna VA 23175, United States of America. Touch for directions. 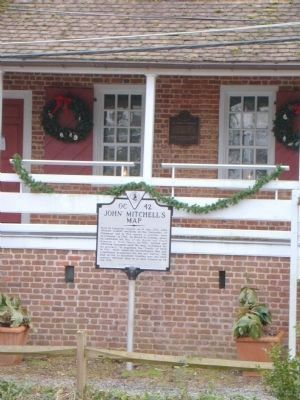 By J. J. Prats, January 16, 2010
2. Two Markers at the Old Tobacco Warehouse
This marker is centered in the back wall of the front porch. 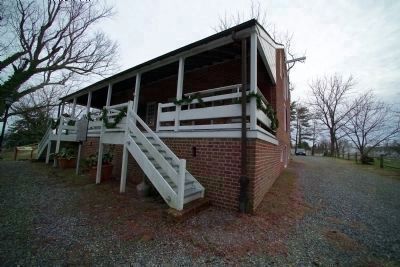 By Tom Fuchs, January 16, 2010
3. Old Tobacco Warehouse
Front view. The porch and its foundation were not present in the original building (see illustration on the “ Prettyman’s Rolling Road” marker). Also known as the James Mills Scottish Factor Store. 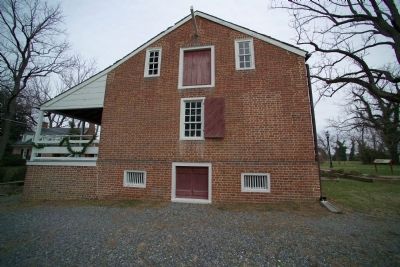 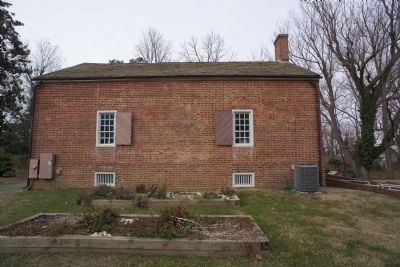