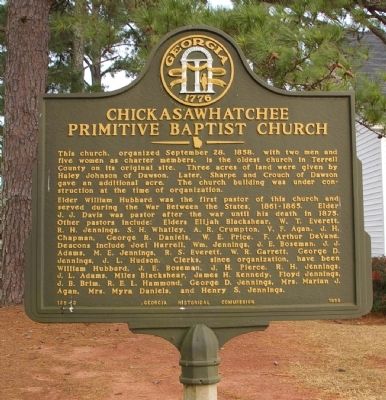 This church, organized September 28, 1858, with two men and five women as charter members, is the oldest church in Terrell County on its original site. Three acres of land were given by Haley Johnson of Dawson. Later, Sharpe and Crouch of Dawson gave an additional acre. The church building was under construction at the time of organization. 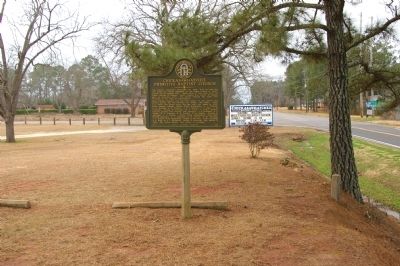 Topics and series. This historical marker is listed in these topic lists: Churches & Religion • War, US Civil. In addition, it is included in the Georgia Historical Society series list. A significant historical date for this entry is September 28, 1912.

Regarding Chickasawhatchee Primitive Baptist Church. The church is built of South Georgia cypress on one piece heart-pine sills that run full length of the building.

The church fell vacant in 1984. A new congregation, 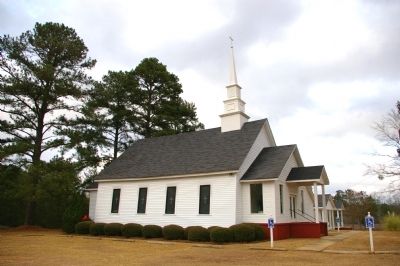