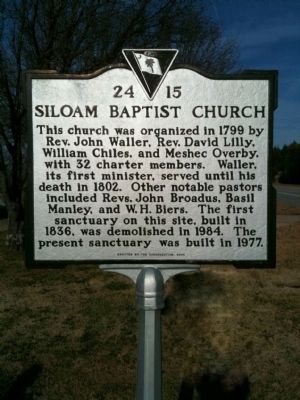 By Cindy Bullard, January 20, 2010
1. Siloam Baptist Church Marker
Inscription.
Siloam Baptist Church. . . This church was organized in 1799 by Rev. John Waller, Rev. David Lilly, William Chiles, and Meshec Overby, with 32 charter members. Waller, its first minister, served until his death in 1802. Other notable pastors included Revs. John Broadus, Basil Manley, and W.H. Biers. The first sanctuary on this site, built in 1836, was demolished in 1984. The present sanctuary was built in 1977. . This historical marker was erected in 2000 by The Congregation. It is Near Ninety Six in Greenwood County South Carolina

This church was organized in 1799 by Rev. John Waller, Rev. David Lilly, William Chiles, and Meshec Overby, with 32 charter members. Waller, its first minister, served until his death in 1802. Other notable pastors included Revs. John Broadus, Basil Manley, and W.H. Biers. The first sanctuary on this site, built in 1836, was demolished in 1984. The present sanctuary was built in 1977. 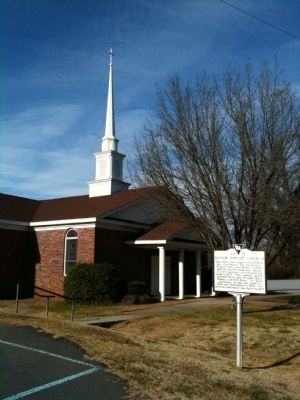 Additional comments.
1. Siloam Baptist Church
Ten or twelve miles southeast of Coronaca (Providence), a presbytery consisted of Rev. David Lilly, Rev. John Waller, William Chiles, and Meshec Overby constituted Siloam Baptist Church on June 29, 1799, "for the better convenience of keeping up the worship and discipline of the church of Christ." Thirty-two members, among them Rev. John Waller, who was chosen "occasional pastor," composed the new body, which became one of the Bethel Association churches in the same year. Two lay elders were to be chosen in December 1800, but the records, scattered and incomplete, do not name them. Siloam had at the time a meeting house or an arm at Mt. Gerizim; church meeting was to be held every month, 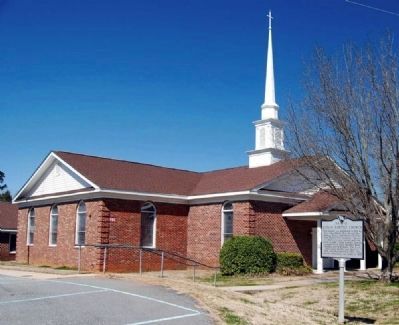 By Brian Scott, March 5, 2010
3. Siloam Baptist Church and Marker
the Lord's Supper to be administered once a quarter, and "The brethren to find the mind at each place, in rotation." The deacons in 1803 "were empowered to furnish the tables adequate for the Lord's support in a decent manner," and to demand the reason if any member repeatedly refused to commune. The death of Rev. John Waller in 1802 left the church without pastoral aid until it took Rev. Arthur Williams as supply in 1803. (Source: South Carolina Baptists, 1670-1805 by Leah Townsend (1974), pgs 223-224.)
— Submitted April 12, 2010, by Brian Scott of Anderson, South Carolina.
2. Rev. John Waller: Frontier Baptist Teacher
Rev. John Waller was born in Spotsylvania Co., Va., on the 23d of December, 1741, and was a descendant of the honorable family of Wallers, in England. His profanity acquired for him the name of "swearing Jack Waller,"and his general wickedness that of "the devil's adjutant." He was especially bitter against the Baptists, and was one of the grand jury that persecuted Rev. Lewis Craig for preaching. Mr. Craig's meek address to the jury arrested his attention and touched his heart. For seven or eight months his agony and remorse were intense. At length, having found peace in believing in Jesus, immediately he conferred not with flesh and blood, but began 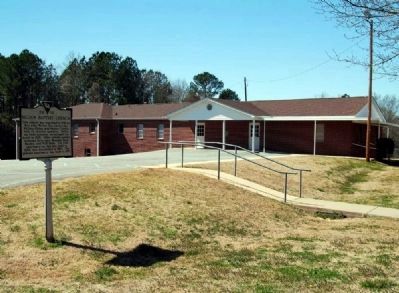 By Brian Scott, March 5, 2010
4. Siloam Baptist Church and Marker
to preach the faith which he had destroyed, serving the Lord with greater zeal, if that was possible, than he had served Satan. Traveling through many counties, he everywhere attracted crowds of hearers and made many converts.

He was soon made to feel the resentment of his former companions in sin. In a letter dated "Urbanna Prison, Middlesex County, Aug. 12, 1771," he gives an account of the arrest and imprisonment of himself and many others, and the cruel scourging of several by "the magistrate and the parson of the parish." "I have also to inform you that six of our brethren are confined in Caroline jail, viz.: Brethren Lewis Craig, John Burrus, John Young, Edward Herndon, James Goodrick, and Bartholomew Cheming." Those days did indeed try men's souls.

In 1775 or 1776 he adopted the Arminian doctrine, declared himself an independent Baptist, and withdrew from his brethren. But in 1787 he returned to his first love. The same year a very great revival began under his preaching, and continued for several years, spreading far and wide.

In 1793 he removed to Abbeville, S.C. Here his success, though considerable, was not equal to that in his native State. His last sermon, at the funeral of a young man, was from Zechariah ii:4: "Run, speak to that young man." He addressed the young in feeble, touching strains, saying that it was his last sermon. He spoke 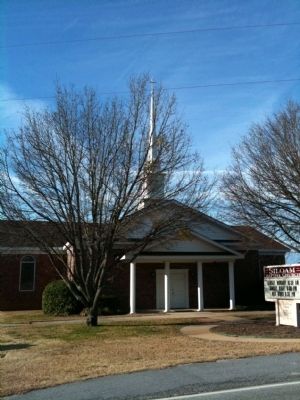 By Cindy Bullard, January 20, 2010
5. Siloam Baptist Church
until his strength quite failed, and then tottered to a bed, from which he was carried home, and died July 4, 1802, in his sixty-second year.

He preached thirty-five years, baptized more than 2000 persons, assisted in ordaining twenty-seven ministers, and in constituting eighteen churches, and lay one hundred and thirteen days in four different jails, and he was repeatedly scourged in Virginia. He now rests from his labors, and his works followed him. 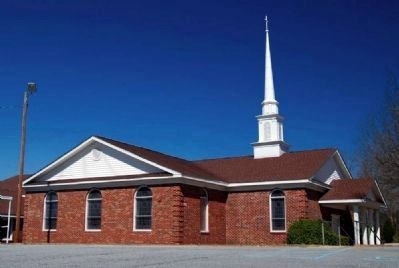 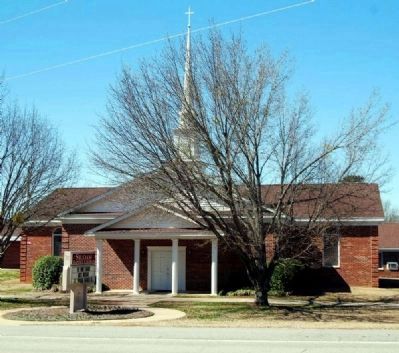 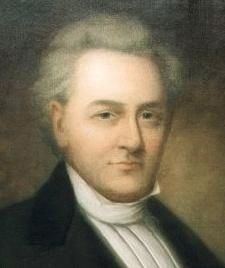 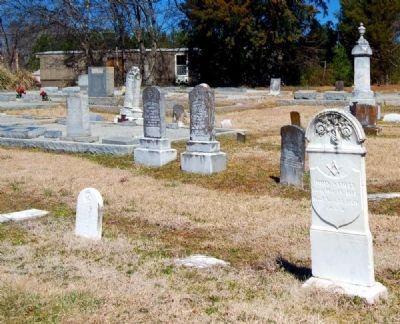 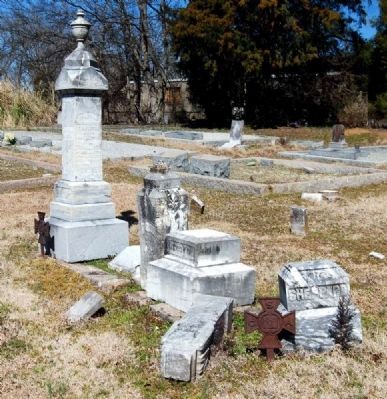 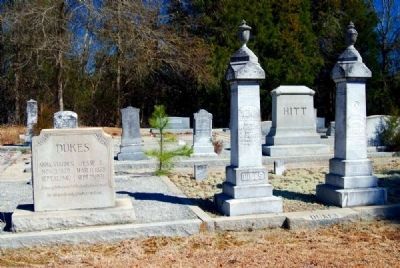 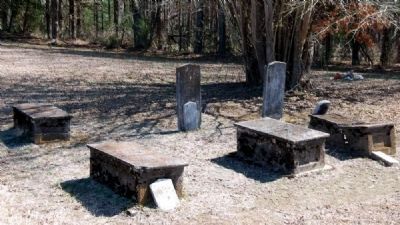