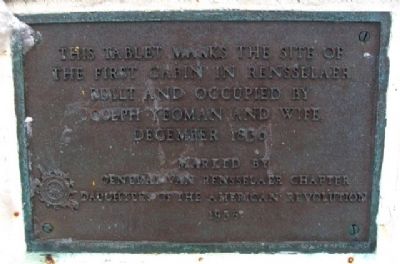 This tablet marks the site of the first cabin in Rensselaer. Built and occupied by Joseph Yeoman and wife, December 1836. 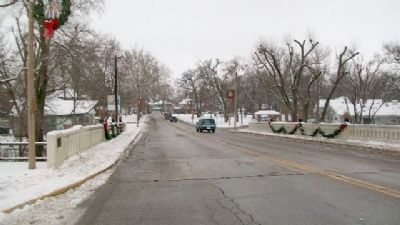