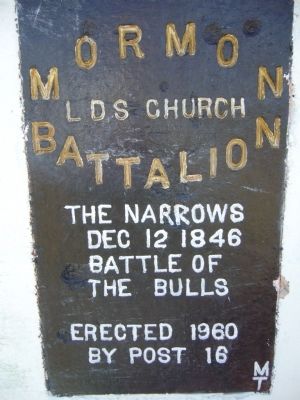 By Bill Kirchner, February 19, 2010
1. Mormon Battalion Marker
Inscription.
Mormon Battalion. LDS Church.
The Narrows Dec 12 1846 Battle of the Bulls Erected 1960. . This historical marker was erected in 1960 by Post 16. It is Near Sierra Vista in Cochise County Arizona

Topics and series. This historical marker is listed in these topic lists: Notable Places • War, Mexican-American. In addition, it is included in the Mormon Battalion series list.

Location. 31° 37.577′ N, 110° 10.439′ W. Marker is near Sierra Vista, Arizona, in Cochise County. Marker is on East Charleston Road, on the right when traveling east. Marker is on southeast side of the San Pedro River Bridge. Touch for map. Marker is in this post office area: Sierra Vista AZ 85635, United States of America. Touch for directions. 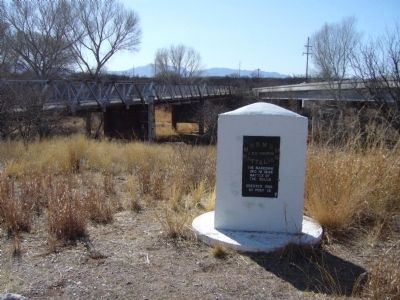 More about this marker. This monument at one time was located about 7 miles further north along the San Pedro River near the ghost town of Fairbanks. 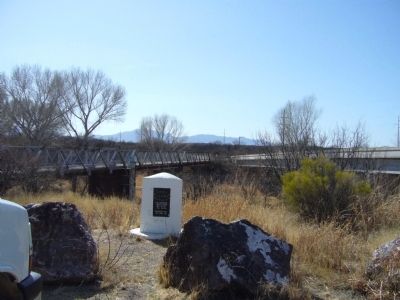