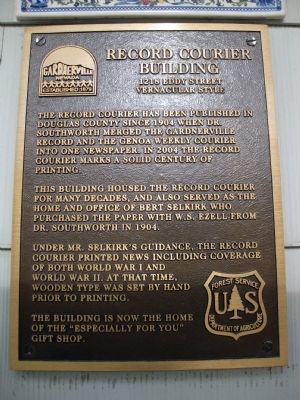 The Record Courier has been published in Douglas County since 1904 when Dr. Southworth merged the Gardnerville Record and the Genoa Weekly Courier into one newspaper. In 2004 the Record Courier marks a solid century of printing.

This building housed the Record Courier for many decades, and also served as the home and office of Bert Selkirk who purchased the paper with W.S. Ezell from Dr. Southworth in 1904.

Under Mr. Selkirk's guidance, the Record Courier printed news including the coverage of both World War I and World War II. At that time, wooden type was set by hand prior to printing.

The building is now the home of the "Especially For You" gift shop.

Erected 2004 by Town of Gardnerville.

Topics. This historical marker is listed in these topic lists: Architecture • Communications • Industry & Commerce. A significant historical year for this entry is 1904. 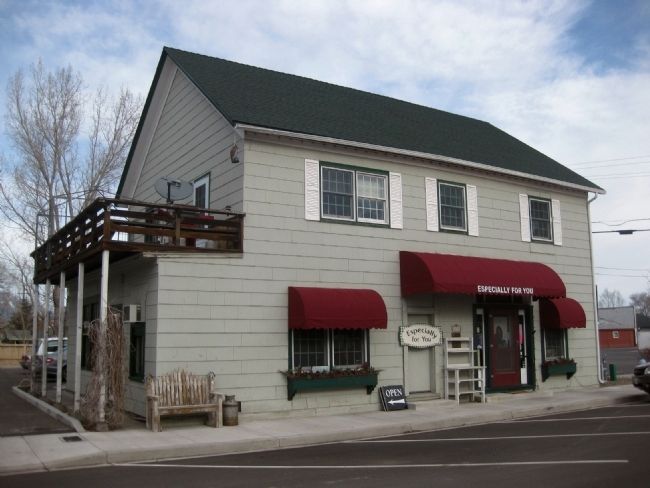 Click or scan to see
this page online
traveling west. Touch for map. Marker is at or near this postal address: 1218 Eddy Street, Gardnerville NV 89410, United States of America. Touch for directions.