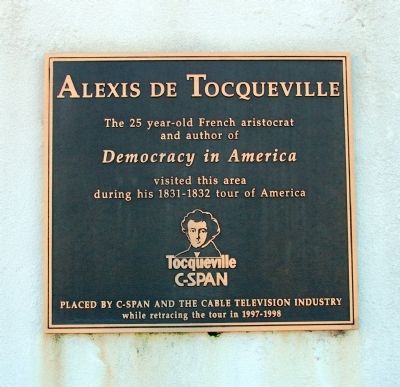 Photographed By David Seibert, January 18, 2010
1. Alexis de Tocqueville Marker
Inscription.
Alexis de Tocqueville. . The 25 year-old French aristocrat and author of Democracy in America visited this area during his 1831-1832 tour of America, Placed by C-SPAN and The Cable Television Industry while retracing the tour in 1997-1998 . This historical marker was erected in 1998 by C-SPAN and The Cable Television Industry. It is in Knoxville in Crawford County Georgia

Erected 1998 by C-SPAN and The Cable Television Industry.

Topics. This historical marker is listed in these topic lists: Arts, Letters, Music • Patriots & Patriotism. A significant historical year for this entry is 1831.

Location. 32° 43.472′ N, 83° 59.878′ W. Marker is in Knoxville, Georgia, in Crawford County. Marker is at the intersection of East Crusselle Street (U.S. 80) and Fair Play Hill Road, on the right when traveling east on East Crusselle Street. The marker is located to the left of the front door on the first floor of he Crawford County Courthouse. Touch for map. Marker is in this post office area: Knoxville GA 31050, United States of America. Touch for directions. 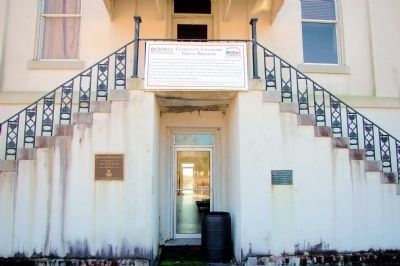 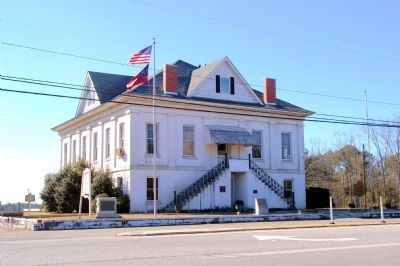 Photographed By David Seibert, January 18, 2010
3. Crawford County Courthouse
The de Tocqueville marker can be seen to the left of the lower front door. 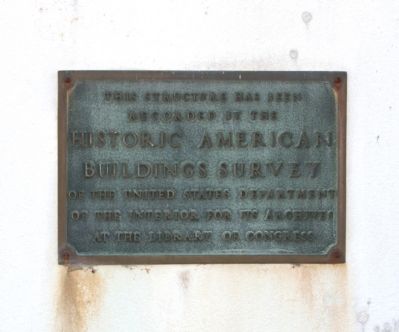