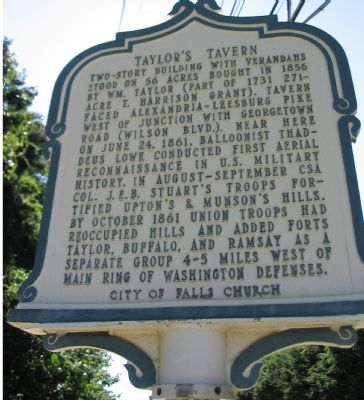 Erected by City of Falls Church.

Topics and series. This historical marker is listed in these topic lists: Air & Space • Architecture • Industry & Commerce • War, US Civil. In addition, it is included in the Defenses of Washington, and the Virginia, City of Falls Church series lists. A significant historical month for this entry is June 1838. 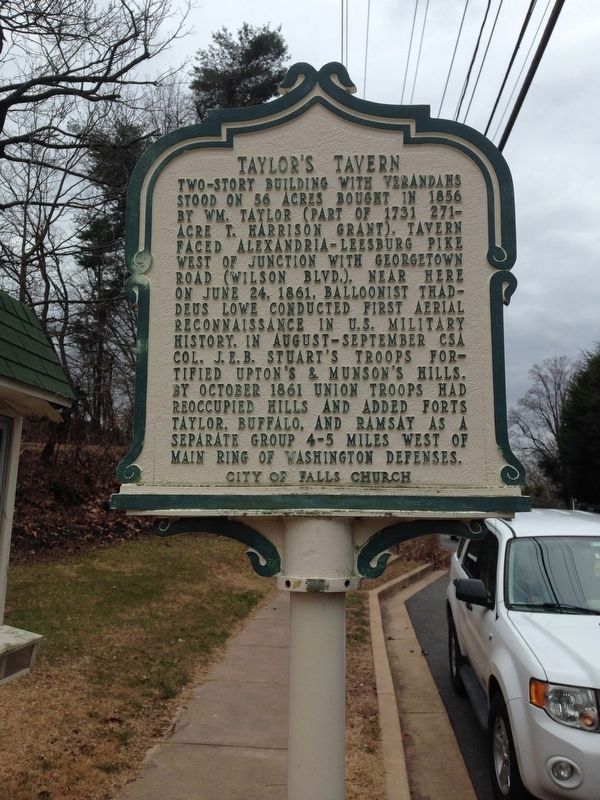 Click or scan to see
this page online
the right when traveling east. Located just before the entrance to Oakwood Cemetery, at a pull off for the Fort Taylor Park. Touch for map. Marker is in this post office area: Falls Church VA 22046, United States of America. Touch for directions.

Other nearby markers. At least 8 other markers are within walking distance of this marker. Falls Church (here, next to this marker); Fairfax Chapel (within shouting distance of this marker); a different marker also named Taylor’s Tavern (about 300 feet away, measured in a direct line); Tallwood (approx. 0.2 miles away); Dulin Methodist Church (approx. 0.3 miles away); Fort Buffalo (approx. 0.4 miles away); Wren’s Tavern (approx. half a mile away); Original Federal Boundary Stone, District of Columbia, Southwest 9 (approx. half a mile away). Touch for a list and map of all markers in Falls Church.

More about this marker. The back side of the marker displays a Matthew Brady photograph of Taylor's Tavern as it looked in the Civil War.

Also see . . .  Comparison of Brady Photo to the Landscape Today. (Submitted on October 8, 2007, by Craig Swain of Leesburg, Virginia.) 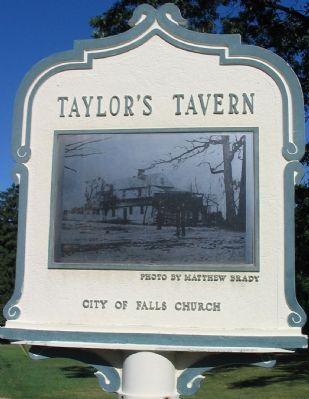 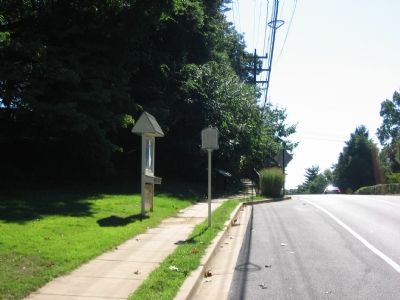