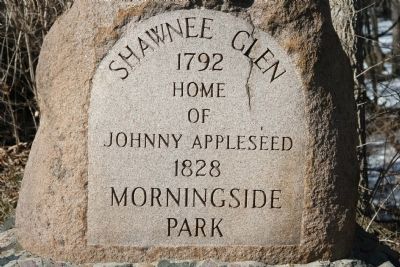 Topics. This historical marker is listed in these topic lists: Churches & Religion • Horticulture & Forestry • Settlements & Settlers. A significant historical year for this entry is 1792.

Location. 41° 17.392′ N, 84° 20.926′ W. Marker is in Defiance, Ohio, in Defiance County. Marker is on East River Drive 0.2 miles west of Maywinn Road, on the left when traveling east. This historical marker is located on the north side of the road, just to the west of a wooded gully that the road crosses over. Touch for map. Marker is at or near this postal address: 682 East River Drive, Defiance OH 43512, United States of America. Touch for directions. 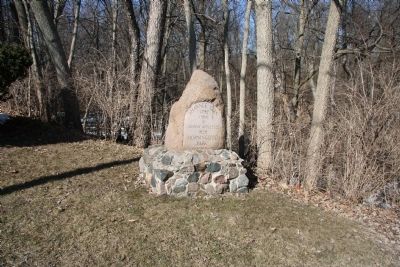 By Dale K. Benington, March 6, 2010
2. Shawnee Glen Marker
View of the historical marker with Shawnee Glen in the right-center background. 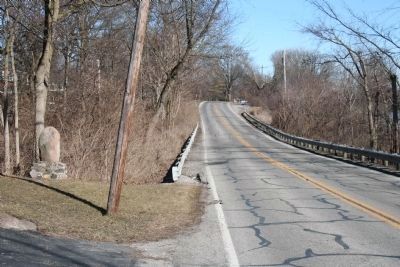