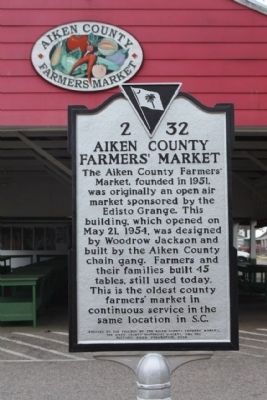 The Aiken County Farmers’ Market, founded in 1951, was originally an open air market sponsored by the Edisto Grange. This building, which opened on May 21, 1954, was designed by Woodrow Jackson and built by the Aiken County chain gang. Farmers and their families built 45 tables, still used today. This is the oldest county farmers’ market in continuous service in the same location in S.C. 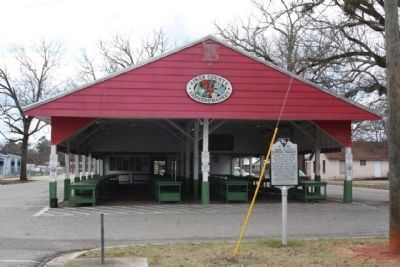 Also see . . .
1. City of Aiken: A History of the Aiken Farmers Market. Bales of cotton were stored for two blocks along the street up to the cotton gin, across from the Coward-Corley Seed Co. Farmers parked their wagons and cars under the trees. At the busy market, open Monday – Friday, they sold cotton, produce and homemade goods. (Submitted on March 15, 2010, by Mike Stroud of Bluffton, South Carolina.) 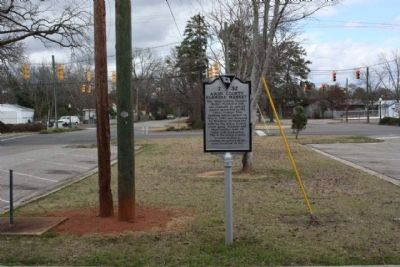 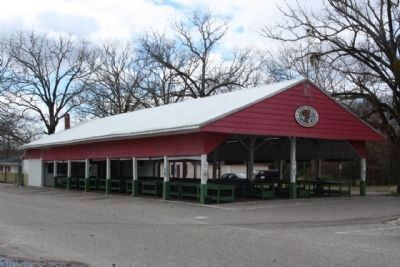