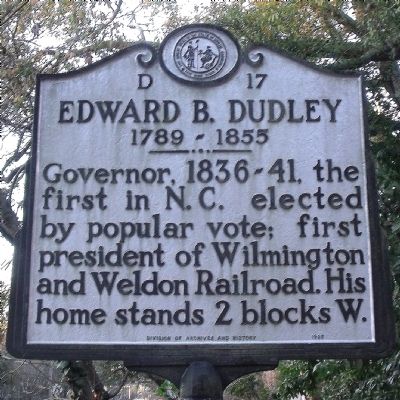 By Bernard Fisher, March 11, 2010
1. Edward B. Dudley Marker
Inscription.
Edward B. Dudley. Governor, 1836-41, the first in N.C. elected by popular vote; first president of Wilmington and Weldon Railroad. His home stands 2 blocks W. . This historical marker was erected in 1933 by Division of Archives and History. It is in Wilmington in New Hanover County North Carolina

Erected 1933 by Division of Archives and History. (Marker Number D 17.)

Topics and series. This historical marker is listed in these topic lists: Government & Politics • Industry & Commerce • Railroads & Streetcars. In addition, it is included in the North Carolina Division of Archives and History series list. 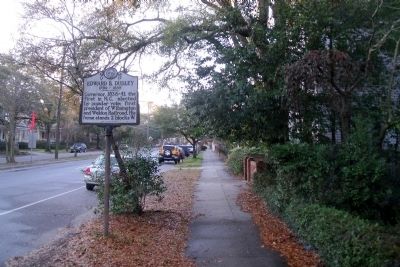 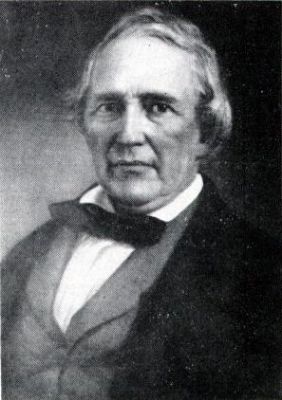