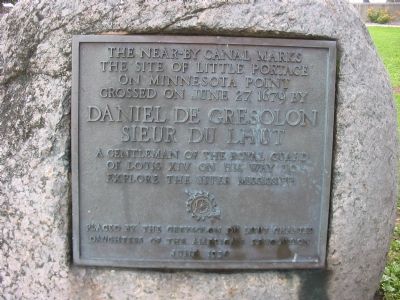 The near-by canal marks the site of Little Portage on Minnesota Point crossed on June 27, 1679 by Daniel De Gresolon, Sieur Du Lhut, a gentleman of the Royal Guard of Louis XIV on his way to explore the Upper Mississippi.

Erected 1938 by Greysolon Du Lhut Chapter, Daughters of the American Revolution, in June.

Topics and series. This historical marker is listed in this topic list: Exploration. In addition, it is included in the Daughters of the American Revolution (DAR) series list. A significant historical month for this entry is June 1852.

Location. 46° 46.781′ N, 92° 5.588′ W. Marker is in Duluth, Minnesota, in Saint Louis County. Marker can be reached from South Lake Avenue, on the left when traveling south. Marker is next to (north of) the Aerial Lift Bridge. Touch for map. Marker is in this post office area: Duluth MN 55802, United States of America. Touch for directions. 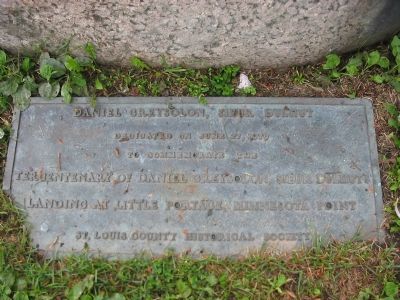 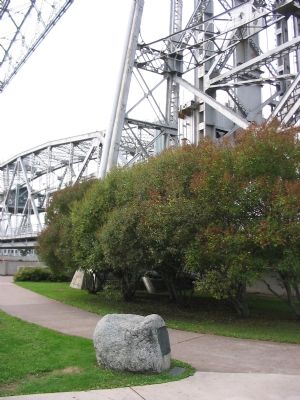 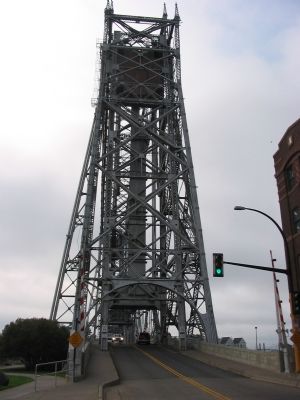