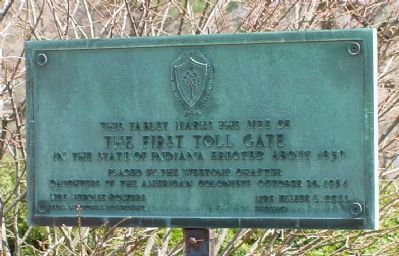 Photographed By J. J. Prats, April 9, 2006
1. The First Toll Gate Marker
Inscription.
The First Toll Gate. . This tablet marks the site of the first toll gate in the state of Indiana erected about 1850. . This historical marker was erected in 1934 by Weetomp Chapter, Daughters of the American Colonists, Mrs. Jerome Powers, Mrs. Elmer L. Rees.. It is in Richmond in Wayne County Indiana

This tablet marks the site of the first toll gate in the state of Indiana erected about 1850.

Topics and series. This historical marker is listed in this topic list: Roads & Vehicles. In addition, it is included in the Daughters of the American Colonists, and the The Historic National Road series lists. A significant historical year for this entry is 1850. 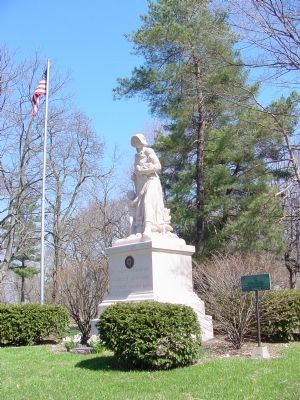 Click or scan to see
this page online
(approx. one mile away). Touch for a list and map of all markers in Richmond.