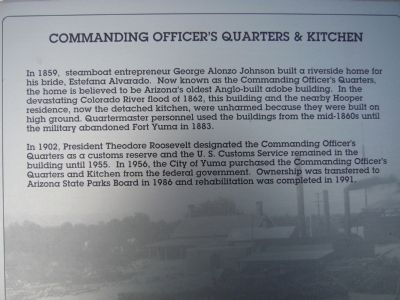 In 1859, steamboat entrepreneur George Alonzo Johnson built a riverside home for his bride, Estefana Alvarado. Now known as the Commanding Officer's Quarters, the home is believed to be Arizona's oldest Anglo-built adobe building. In the devastating Colorado River flood of 1862, this building and the nearby Hooper residence, now the detached kitchen, were unharmed because they were built on high ground. Quartermaster personnel used the buildings from the mid-1860's until the military abandoned Fort Yuma in 1883.

In 1902, President Theodore Roosevelt designated the Commanding Officer's Quarters as a customs reserve and the U.S. Customs Service remained in the building until 1955. In 1956, the City of Yuma purchased the Commanding Officer's Quarters and Kitchen from the federal government. Ownership was transferred to Arizona State Parks Board in 1986 and rehabilitation was completed in 1991. 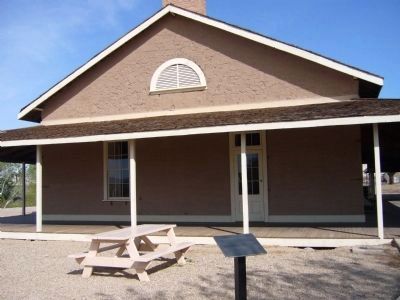 Other nearby markers. At least 8 other markers are within walking distance of this marker. Quartermaster Depot Water Reservoir (a few steps from this marker); Office of the U. S. Army Depot Quartermaster (within shouting distance of this marker); Southern Pacific Passenger Coach Car (about 400 feet away, measured in a direct line); Yuma Crossing Park (about 600 feet away); Yuma City Hall (approx. 0.2 miles away); Yuma Crossing (approx. ¼ mile away); Masonic Temple – Lodge #17 (approx. ¼ mile away); Napoleon House (approx. 0.3 miles away). Touch for a list and map of all markers in Yuma. 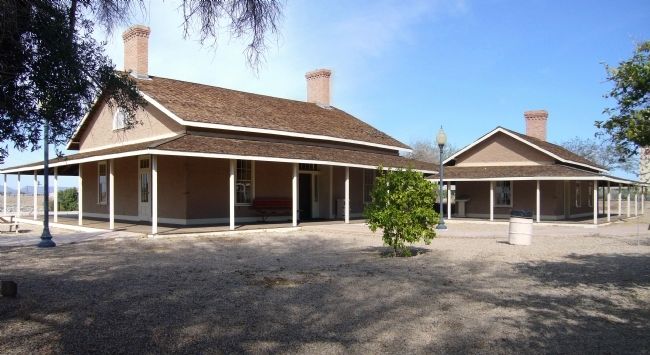 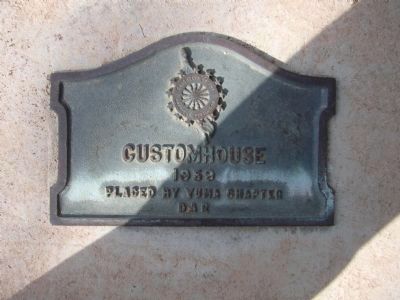 By Bill Kirchner, 3
4. Customs House Marker
This marker is located next to sidewalk at the west end of the Commanding Officer's Quarters. It was placed in 1959 by the Daughters of the American Revolution. 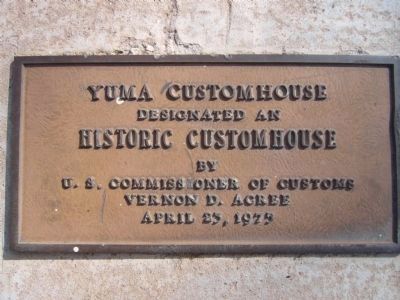 By Bill Kirchner, March 13, 2010
5. Customshouse Marker
This marker is located next to sidewalk at the west end of the Commanding Officer's Quarters.