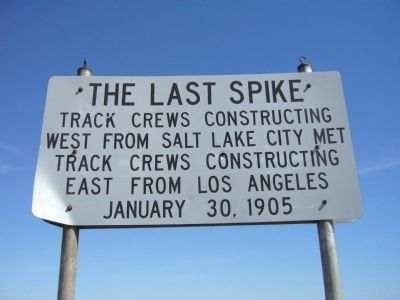 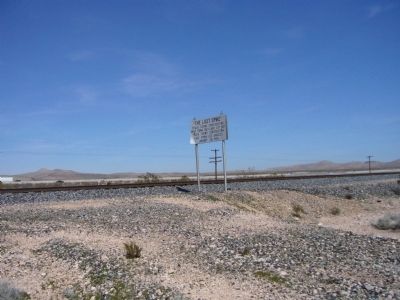 By Bill Kirchner, March 15, 2010
2. The Last Spike Marker
The first direct route from Salt Lake City to Los Angeles when it was completed in 1905, was perhaps the single most significant factor in the creation of what would become the city of Las Vegas, and later, Clark County. (Submitted on April 2, 2010.) 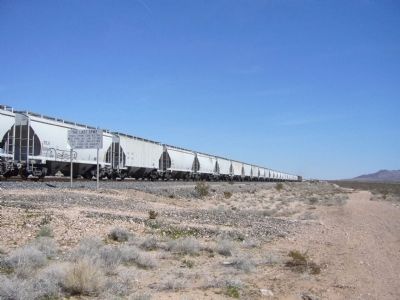