College of Arts and Sciences 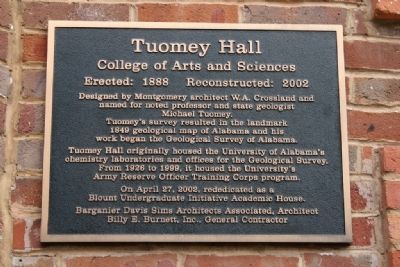 Tuomey's survey resulted in the landmark 1849 geological map of Alabama and his work began the Geological Survey of Alabama.

On April 27, 2002, rededicated as a Blount Undergraduate Initiative Academic House.

Erected by University of Alabama.

Topics. This historical marker is listed in these topic lists: Education • Science & Medicine. A significant historical date for this entry is April 27, 2002. 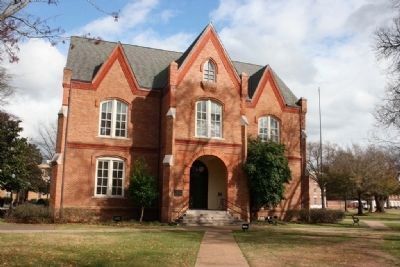 Click or scan to see
this page online
the University of Alabama. Touch for map. Marker is in this post office area: Tuscaloosa AL 35487, United States of America. Touch for directions.