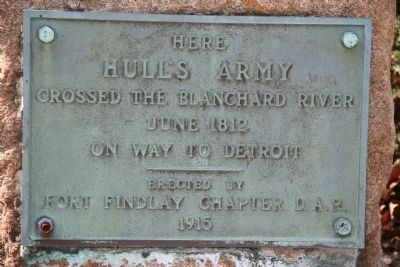 Topics and series. This historical marker is listed in these topic lists: Military • War of 1812. In addition, it is included in the Daughters of the American Revolution series list. A significant historical month for this entry is June 1812.

Location. 41° 2.563′ N, 83° 37.944′ W. Marker is in Findlay, Ohio, in Hancock County. Marker is at the intersection of McManness Avenue and Clinton Court, on the left when traveling south on McManness Avenue. This historical marker is located on the north side of the Blanchard River, in Riverside Park, just outside of the southwest corner of the park's swimming pool enclosure, at the entrance to the parking lot of the Riverside Landings Park. Touch for map. Marker is in this post office area: Findlay OH 45840, United States of America. Touch for directions. 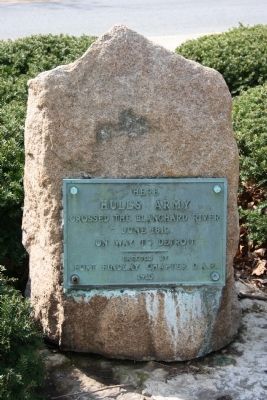 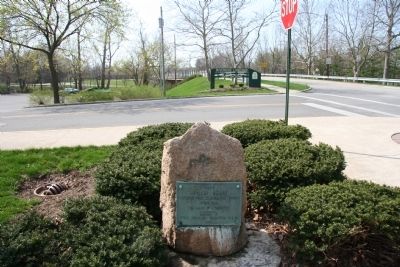 By Dale K. Benington, April 5, 2010
3. Hull's Army Marker
View of the historical marker in the foreground and in the background a view of both the entrance to the Riverside Landing Park and the bridge that crosses the Blanchard River. 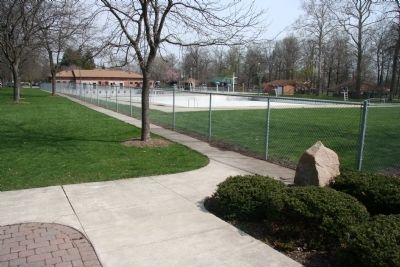